The Global Centre for Rail Excellence (GCRE) at the head of the Dulais and Swansea valleys will have a transformational effect on the area and the wider region, the Leader of Neath Port Talbot Council, Cllr Ted Latham, said on a visit to the site on Friday August 6th. 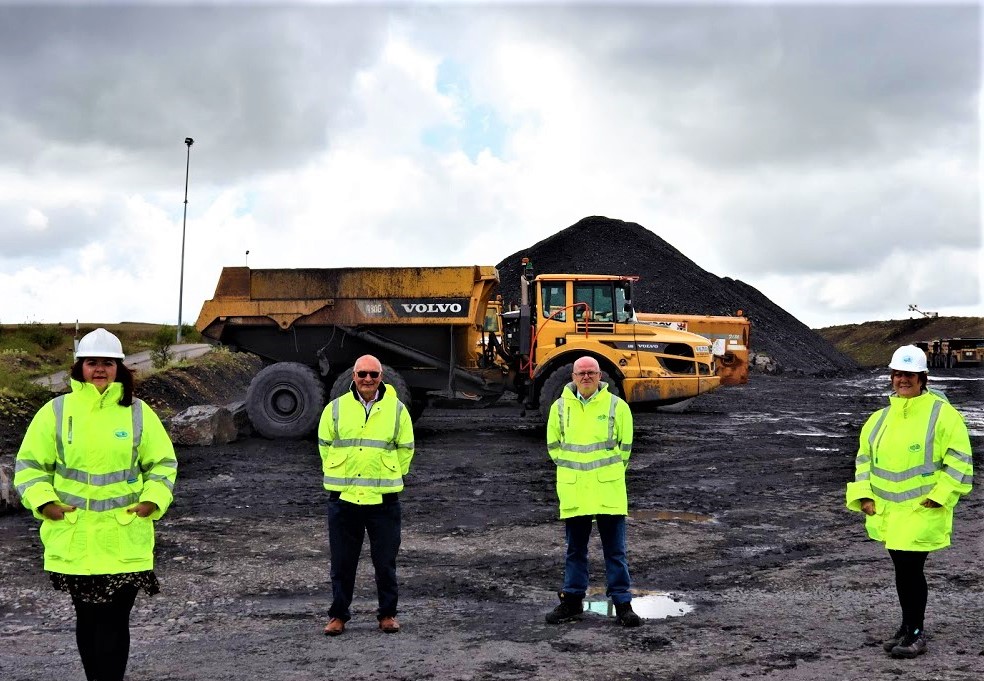 Speaking at the site of the planned rail testing centre on the former Nant Helen open cast coal mine, Cllr Latham said: “After granting planning permission for this important project this council is now gearing up to support the GCRE as it moves towards its next phase of development.

“When completed, this centre will provide a unique capability in the UK and Europe to support innovation in the British and international rail industry.

“Very much in line with this council’s Decarbonisation and Renewable Energy Strategy (DARE) the centre will involve the testing of cutting-edge technologies making future rail transport cleaner and greener.

“It will have a transformational effect on the surrounding area and also the region as a whole, creating high quality new jobs and opening the way for further investment.”

A planning application for the construction of the was GCRE approved by Neath Port Talbot Council’s Planning Committee on 27th with Powys County Council approving the application two days later.

The GCRE will cover an area of around 475 hectares and will consist of two looped test tracks, one being an electrified high speed rolling stock track (6.9km long) and the other being a low speed infrastructure test track (4.5km).

There will also be a dual platform test environment, operations and control offices, staff accommodation, shunter cabins and facilities for research and development, education and training.

Neath Port Talbot Council Chief Executive Karen Jones said: “This project will provide invaluable support to our recovery post Covid and it will also offer further economic development opportunities in the field of sustainable technologies associated with the rail sector such as electric, battery and hydrogen powered trains.”