Portmead and Glyncollen Primary schools have just both had solar panel systems installed, adding to the three other schools with solar installed by Egni Co-op in September. A 30 kWp system consisting of 80 panels has been installed at Portmead and a 24 kWp system with 64 panels at Glyncollen.

In September, 220kW of rooftop solar was installed on three schools –  Pentrehafod, Gowerton and Pontardulais Comprehensives.

Egni co-director, Rosie Gillam said “it’s great that Swansea schools and the Council are taking action on climate change, and that these systems have been fully commissioned during Wales Climate Week. We are really pleased that other Swansea schools are coming forward, keen to take part in the programme.” 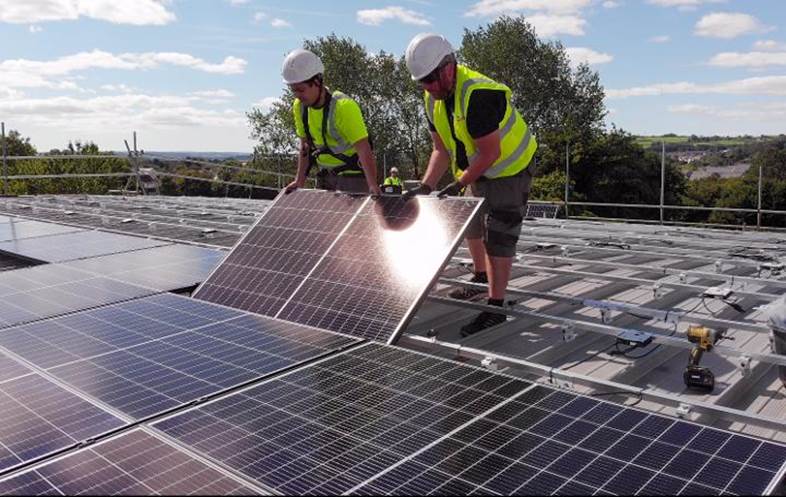 Swansea Council is working in collaboration with Egni Co-op and the Welsh Government Energy Service to help the authority in its aims to become a carbon neutral by 2030.

Further school projects will follow and the partners are also looking at extending the scheme to non-school buildings.

Most of the electricity generated will be used at the schools, cutting carbon emissions from the schools by about 1,600 tonnes over the next 20 years.

Andrea Lewis, Cabinet Member for Homes, Energy and Service Transformation, said: “We are delighted with this increase in clean green power on our schools in Swansea.

“Earlier this year we declared our climate emergency and I’d like to thank everyone involved for moving rapidly to take action in response to this declaration.

“This was achieved at a time when we are facing so many other pressures and I want to thank all the council officers involved for ensuring that the project was completed on time and to such good effect.”

She added: “The cost of these solar installations was funded by Egni Co-op and all surpluses will be spent on education projects so it’s a very good partnership approach for the Council.” 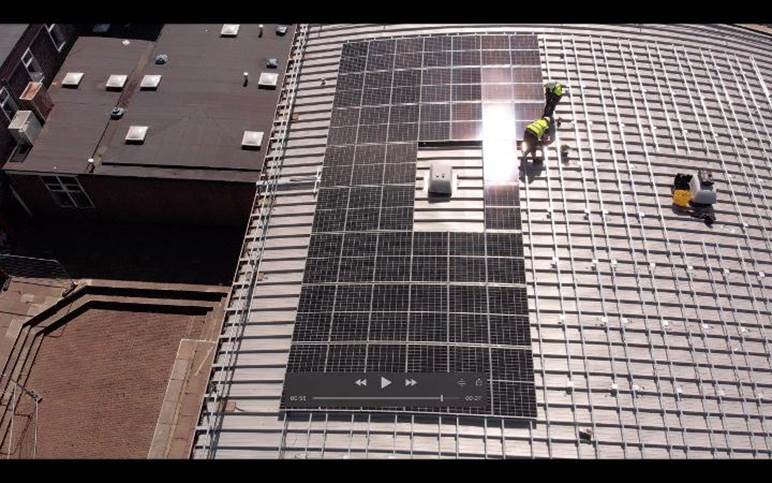 Egni Co-op is a community organisation which funds and manages PV installations in Wales. The solar panels in Swansea have been funded by Egni’s ongoing co-op share offer which has raised £2.2m to date, and has recently raised its target to £3m. The rollout was supported by Welsh Government Energy Service who provided dedicated development manager time to the Council.

Sarah Hunt, business manager at Gowerton Comprehensive said: “We are delighted with our new solar panels. Our young people are very keen to tackle climate change and it’s great that the school has been able to reduce its carbon footprint.”

Andrew Barrett, Business Manager at Pentrehafod Comprehensive said: “The installers were first class throughout and I’d recommend Egni Coop to other schools in Swansea for the quality and care of their approach.”

Dylan Jenkins, Business Manager at Pontardulais Comprehensive said: “This is a win win for the school and our pupils – reducing our environmental impact and our electricity bills.”

Jim Cardy, senior manager for Welsh Government Energy Service said, “This project is a great example of a social enterprise working closely with a local authority partner in Wales to tackle the climate emergency. We’re pleased to have assisted Swansea Council with technical support and grant funding to progress this rollout.”

Egni is developing a specialist education programme highlighting the benefits and use of solar panels, renewable energy and the business model of co-operatives. 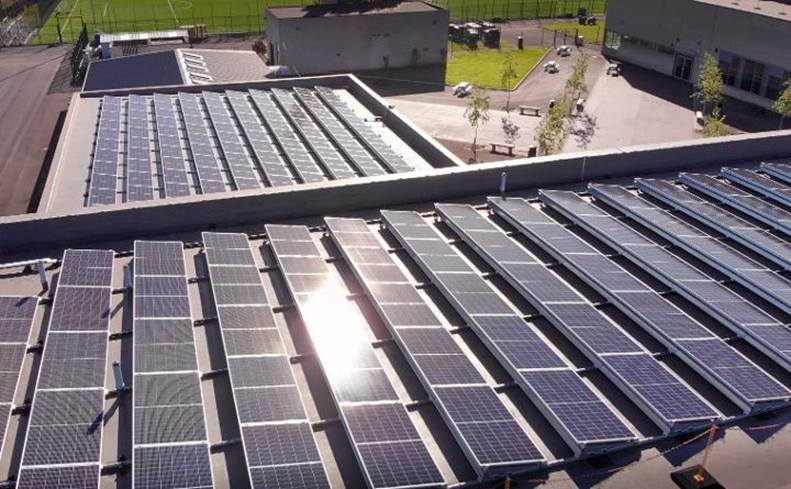 Rosie Gillam, Egni Director said: “The Swansea schools will be receiving £500 of shares in Egni Coop and we want to work with their young people to increase understanding of the cooperative approach in tackling climate change.

“We’d like to thank our installers, Ice Solar, who worked very hard to complete the jobs to a high standard.”

“An online educational portal will be developed so students can learn more about renewable energy generated and Egni Co-op will also be providing specific teaching/lesson support which ties in with the new Welsh curriculum. It’s wonderful to be part of a co-operative working alongside a Welsh local authority, as it retains funding within Wales and has many positive outcomes.”