Transport in South West Wales: a bold vision for the future 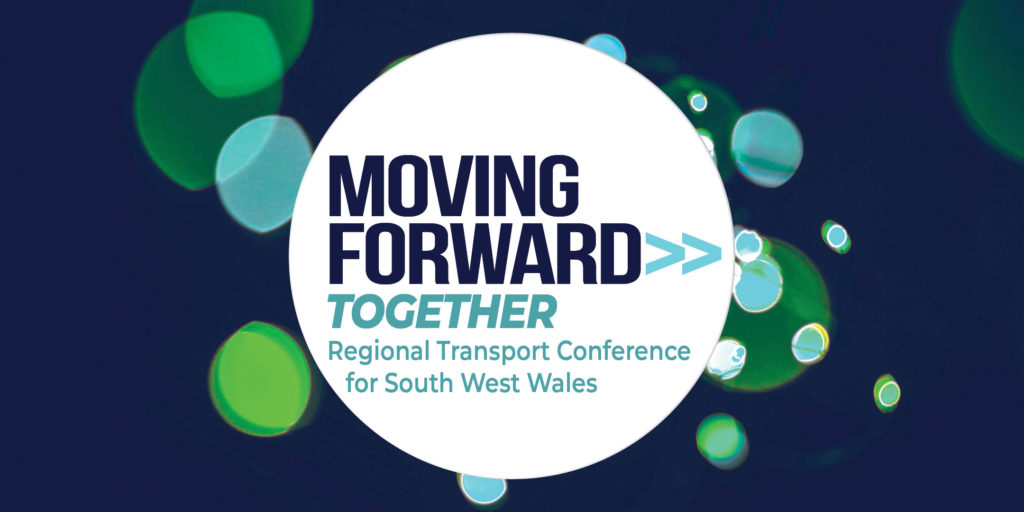 The climate crisis, social inequalities and health issues have created an urgent need to reduce journeys by car. Key stakeholders in transport in South West Wales recently came together for a roundtable discussion on the topic. Here’s what they had to say.

To listen to this roundtable discussion, please click here

South West Wales faces significant air pollution challenges as a result of an overreliance on cars – but with the South Wales Metro integrated travel network on course for completion, there are reasons to be optimistic. This is according to panellists in a roundtable discussion held by 4theRegion in advance of Moving Forward Together, the regional transport conference it is hosting on February 9 and 10 in collaboration with Swansea Environmental Forum, with sponsorship from South West Wales Connected community rail partnership and Natural Resources Wales.

Philip McDonnell from Swansea Environmental Forum set the scene, highlighting the fact that since 1990, UK carbon emissions have decreased 40%, largely due to changes in the way we generate our electricity. Emissions from transport, however, have not decreased much because, despite improvements in engine and fuel efficiency, the number of vehicles on our roads has increased.

He noted that COVID-19 has caused a temporary dip in emissions, but he does not expect this to last having seen how quickly we returned to old habits as soon as lockdown ended.

“In July last year, car use was back at around about 80% of pre lockdown levels,” he said.

Tom Porter from Public Health Wales highlighted the health cost of car emissions: air pollution does not just affect our lungs; it affects many of our organs and even affects babies in the womb, causing low birth weight.

“It’s not just about the impact on them as babies,” he added. “It actually has an impact on their educational prospects, on their job prospects and on their general health as well.”

He added that as rates of air pollution are higher in areas that are more deprived, this creates an additional disadvantage for the people who live there.

Mary Sherwood from Fairer Future, a poverty and equalities consultancy, picked up on the theme of social inequality, noting that since 2014 the cheapest way to get about has been by car – yet many people cannot afford one, so they are forced to take public transport, which often entails a greater cash outlay and longer, more convoluted journeys. Often public transport cannot take a person exactly where they need to go, so they have to resort to taking taxis. Meanwhile, those who can afford cars are often contributing to pollution in the areas inhabited by the people who cannot afford cars.

Sherwood also highlighted another source of transport-related inequality: the fact that investment favours the way in which men use public transport.

When you look at the investment across the UK over the last 15 years, it’s all been in rail, and hardly anything in buses or other localised transport that allows women to make the short journeys that they need to do.”

Andrew Davies, former chair of the ABMU Health Board, agreed that the impact of poor air quality is felt more severely in poorer communities.

“Just to put it in perspective, the Royal College of Physicians in 2016 estimated that 40,000 people a year died as a result of poor air quality,” he said.

When it comes to tackling the problem, he warned that it’s not enough to simply pay lip service to it.

“It’s all very well having action plans, but they’ve got to have teeth: the 2006 Transport (Wales) Act has never been enacted,” he said, adding that increasingly, he expects inaction to have legal consequences.

“The courts are going to get involved in these issues,” he said. “Public bodies will be held to account and may well be found guilty and have to pay considerable penalties for poor air quality.”

He added that on a per capita basis, Swansea has the worst air quality of all the cities in the UK – and the main culprit is road traffic.

“As an organisation, just on fuel alone we produce 140 tonnes of CO2, and to get rid of that you need to plant 280 trees annually,” he said.

Equipped with a number of vehicles ranging from cars and MPVs to 16 and 30-seat minibuses, DANSA is well-equipped to provide a more flexible form of transport than regular bus and train services, taking vehicles into residential streets to pick passengers up from their homes. During 2019, DANSA provided transport for over 75,000 people in Neath Port Talbot.

“Many journeys now are not a simple single journey,” he said, adding that the model of taxi service Uber may point to a solution. “Supposing we introduced an Uber concept, with a vehicle that was an electric vehicle, which works exactly the same way, but three, four or five people can get into it if they’re all going to the same place at the same time,” he said.

He also highlighted the need to make public transport a quicker, more efficient alternative than sitting in the car, ensuring, for example, that buses do not get stuck in traffic.

4theRegion chair Dawn Lyle drew comparison with London, where considerable efforts have been made to keep bus traffic flowing freely.

“You can sit in traffic in a car in London and see the buses passing you by; it’s quicker to get somewhere by bus,” she said. “Also, there’s the congestion charge, and the parking is so impossible, you would never take a car into central London.”

Mark Barry, professor of Practice in Connectivity at Cardiff University, agreed that major steps are needed to deprioritise car travel.

“We’ve allowed our lives and our urban realm to be built around cars the last 50 years, and nobody’s paying the full price of car use,” he said. “We’ve got to have a serious and sensible conversation about external costs of those choices.”

He highlighted multiple issues that are feeding the problem of car use, including the fact that places of work and hospitals have in recent decades been built in places you can only reach by car.

“There’s a serious conversation to be had about levying on drivers the full costs of car use, because currently they’re hugely subsidised and all the negative costs of car use are not counted in road appraisals,” he added.

When it comes to public transport, he said the key is to integrate different modes of transport into a single network – as is being done with the South Wales Metro.

“If we can link all those together with technology, end to end, you begin to have a transport network that works,” he said. “There is an opportunity for a dedicated commuter rail network that can then be the backbone of how we integrate bus services into that.

“The challenge though, is that rail infrastructure is not a devolved matter. Wales has had such a poor share of UK rail enhancement investment over the last 30 years, it’s frankly embarrassing. The UK Government needs to meet us halfway.

“People criticise the Welsh Government, but in the time since the South Wales Metro was announced, they’ve created Transport for Wales (TFW) and they’ve undertaken the biggest, most comprehensive procurement in rail industry history and the biggest in Welsh Government history. They’re now, via TFW, designing South Wales Metro, and even with COVID, in the next few years, they’re going to turn it on. I think the problem is people don’t believe it, because nothing like that has happened before. But yes, it can happen in Swansea Bay.”

Jayne Cornelius from Swansea University, formerly SWWITCH Regional Travel Plan Co-ordinator, agreed that it’s essential to have a joined-up approach that enables people to get to their destinations as quickly as, or more quickly than, they would with a car.

“The number one change that we found led to behavioural change in terms of getting people out of their cars is making the journey quicker,” she said.

Within five years, Swansea University has increased the proportion of students using public transport from 24% to 57%, reducing 12% of the traffic on Fabian way, which had been related to the University.

It has achieved this by making car travel unattractive: there is a charge for parking, and car parking is further away from the from the university buildings than the cycling facilities. On top of that, the university provides cyclists with showers, drying facilities and workstations where they can carry out repairs. The university is the first in Wales to achieve gold level accreditation as a Cycle Friendly Employer.

A related achievement is that the buses to and from the university tend to be full.

Porter added that as well as making car travel unattractive, there is a strong case for providing financial incentives for choosing less-polluting alternatives. As an example, he cited a scheme in America where employees received a cash reward for choosing not to travel to work by car.

“Suddenly, miraculously, overnight, a lot of the cars in carpark spaces started to drop away,” he said. “We need both carrots and sticks to drive behaviour change.”

Christine Boston from Sustrans added that when new developments are being created, it’s vital to factor in active travel – that is, travel by bike or on foot – from the outset.

“In a hew housing development, you should put the cycle path in there first, making sure it’s connected to the public transport network,” she said. “There should be also storage facilities for bikes, and it should be the same for hospitals.

“At the moment 62% of the transport capital budget is still being spent on building new roads. We now need ambitious leadership, we need brave decision making, that shows a commitment to addressing the climate crisis.”

She added that while electric cars are part of the solution, there is also an opportunity to encourage community-based car club car share schemes to discourage individual car ownership.

Concluding the discussion, Lyle said that while there is clearly much that can be done on a local and regional level, there also needs to be major investment in infrastructure changes, shaped by ambitious initiatives and bold leadership.

“It’s a balance of looking to government, and looking to local authorities for leadership, as well as engaging with employers and businesses and companies to look at the practical things that they can do,” she said. “And then at a community level, it’s about looking at alternative options and ways of meeting local needs, and how we can empower those to make a real difference.

You can find the full conversation on the 4theRegion YouTube channel below: