The new side waste educational officers already making a difference 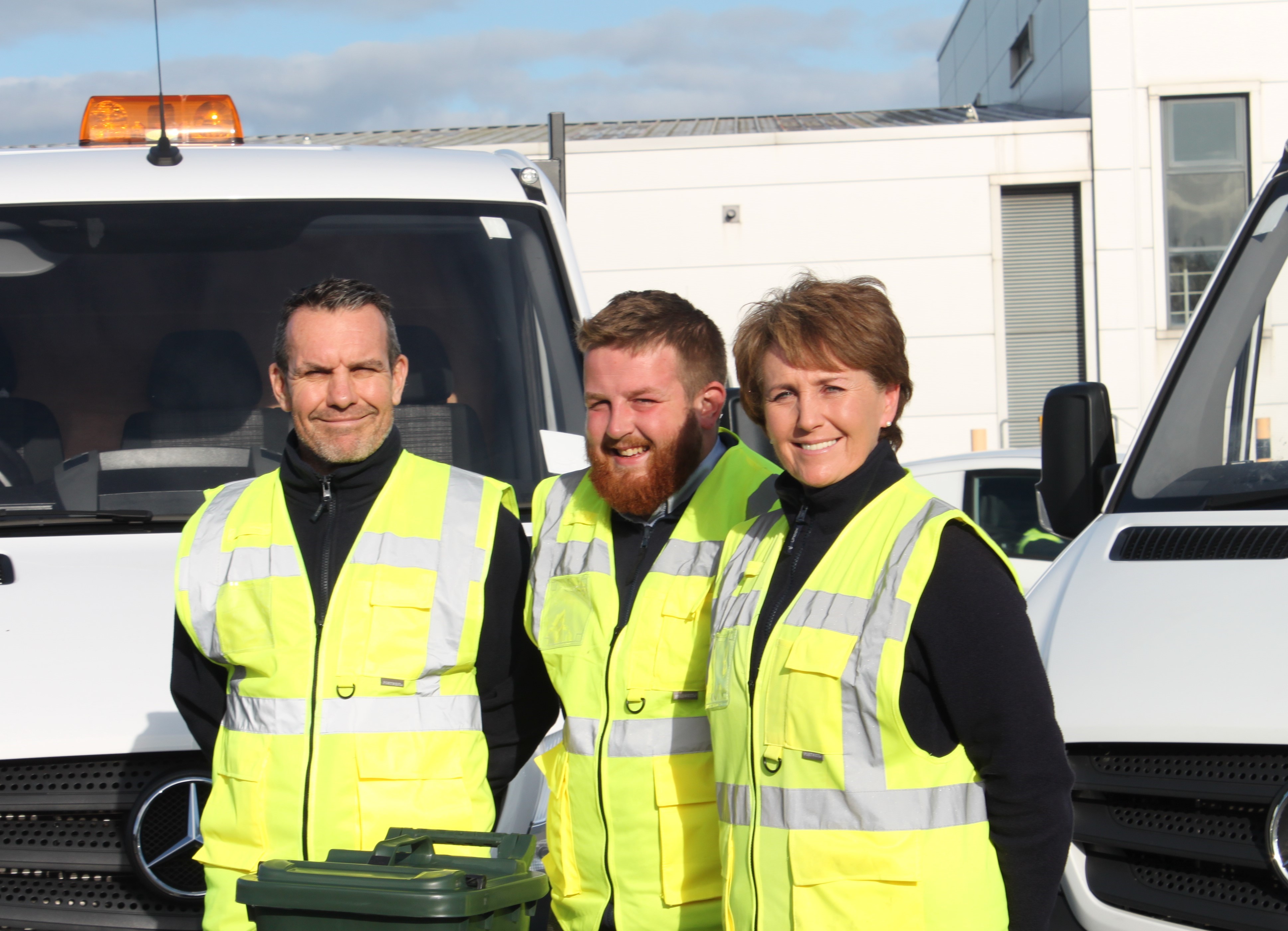 Some residents continue to place large amounts of waste that could be recycled into their general waste black bin and in bags placed out as side waste, which is no longer permitted.

This waste could be recycled resulting in savings that could be invested in other services – and it would help meet those Welsh Government targets!

The three new Side Waste Officers have been spending the past few months engaging with members of the public, especially in areas of lower recycling participation, to give help and advice and become involved in education on waste and recycling.

As a result, changes have been noticeable with a number of areas which previously had low or poor participation in recycling showing big improvements and there has also been an increase in compliance with the ‘No Side Waste’ rule.

Under the new arrangements, householders should present not more than one wheeled bin for disposal (or the equivalent for houses without wheeled bins – not more than a total of 3 black bags).

Also – those who need more recycling kit can request this online at our refuse and recycling pages www.npt.gov.uk/recycle.

Targets set by the Welsh Government require us all to recycle 64% of waste this financial year (2019/20) and 70% by 2025.The Council currently carries out more than five million refuse/recycling collections a year from 66,420 households – not including trade services, hygiene waste and bulky item collections.

Councillor Ted Latham, Neath Port Talbot Council’s Cabinet Member for Streetscene and Engineering, said: “The three new Side Waste Officers offering education, advice and help are very welcome as, like other councils across the country, we are facing a steep increase in recycling targets.

“We are happy to engage with and give advice to residents in areas where there is low participation in recycling and it will only be as a last resort, where residents regularly put out too much and have not taken advice on recycling, that the Council may consider taking enforcement action.”