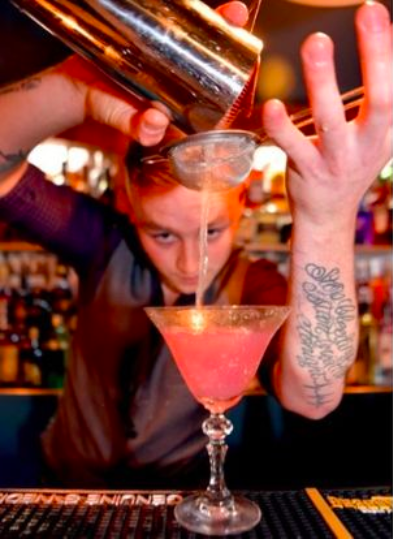 You can step back in time in more ways than one this weekend as a new cocktail bar opens its doors in West Wales.
Everyone of a certain vintage that grew up in Carmarthen remembers Jackson’s Wine Bar, a location that has ingrained itself into the collective psyche of those who were regulars of the town’s night scene during the past 20 years or so.
After closing three years ago, the building remained empty and seemingly forgotten. Until now.
This Saturday, Cuckoo’s Speciality Cocktail Bar has its grand opening.
It’s a 1920s, speakeasy-style establishment that will try to tap into Carmarthen’s ever expanding offering of trendy night spots.
For one of those who’s made it all possible, the place has always been more than just another bar.
“I had my 18th birthday party in the old Jackson’s Wine Bar,” said Jasmine Thomas, who is reopening the spot alongside her partner, Ian.
“If you’d said eight years later I would be back and opening it as a cocktail bar, I wouldn’t have believed you.
“I lived in Cardiff for a few years and got the inspiration for this place from a few bars up there. We wanted to bring something trendy and classy to Carmarthen.
“There’s definitely a market for it here. We live in the Instagram generation and everyone wants a pretty drink. Well this is the place.”
The man who will create the pretty drinks is Joe Mcmillan, a mixologist who has moved from Bristol to be the bar manager at Cuckoo’s. He was never in doubt about his decision to relocate. 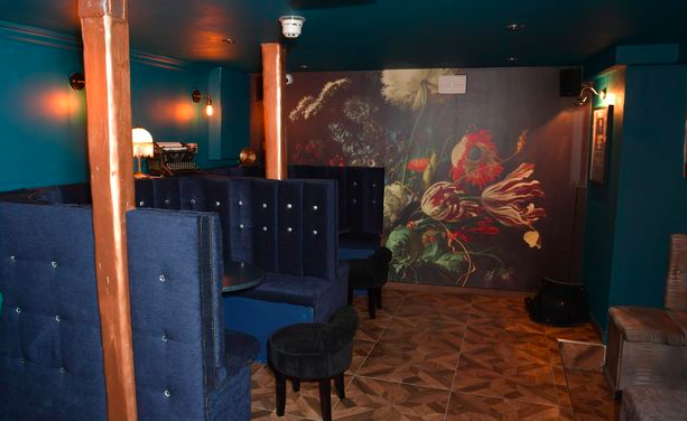 “When I first met the team I knew I wanted to be a part of the new bar,” said Joe. “It’s great to have people who can let you be creative as a barman and put your own ideas across.
“It’s amazing to see the place finally ready and we can’t wait for Saturday night. Everyone seems to be really nice here and Carmarthen is a great town.”
That town has changed beyond recognition over the past few years. A place once known for its plethora of pubs, it’s now gaining a reputation as a cosmopolitan drinking venue for the more discerning and refined reveller.
Diablo’s cocktail bar relocated last month to a bigger premises and continues to thrive, while Lorenzo’s has applied for planing permission to expand by opening a Manhattan-style rooftop terrace bar.
Meanwhile, The Dog and Piano opened in 2016 and transformed a traditional boozer into a modern cocktail bar, while Carmarthenshire Council hopes that a bar and restaurant will open next year in the town’s iconic Guildhall building.
Even Wetherspoons is getting in on the act with its hopes for a huge rooftop terrace to open above its current site in the centre of town.
So, can Carmarthen, a town that was once full of old-school pubs, sustain all these new, trendy drinking haunts? 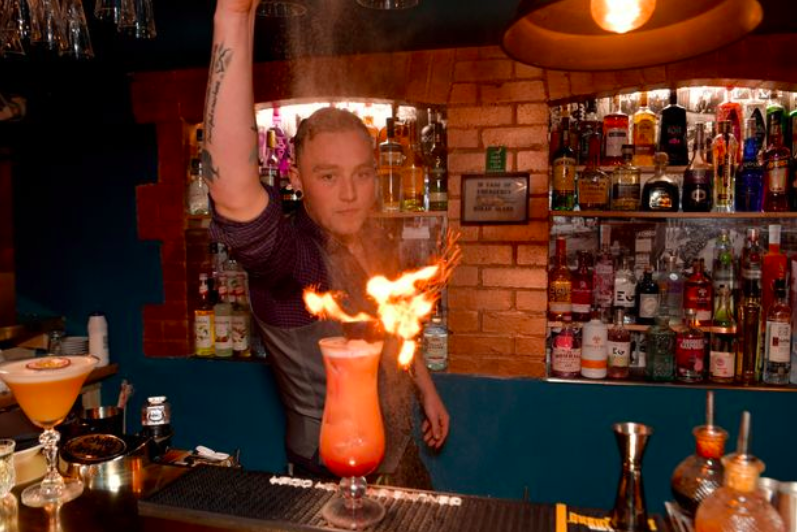 “Yes, definitely,” said Jasmine. “People like having nice places to go, as long as you can offer something a bit different.
“The other cocktail bars in town have done brilliantly. They do other things like food and live music, but what we’re trying to do is something unique: this is a speciality cocktail bar, somewhere smaller and more intimate, with high-end cocktails.”
The smaller size of the bar is an advantage, not a hindrance, says Ian Thomas, who has done most of the legwork along with Jasmine to bring this town centre location back to life.
“Drinking trends have changed,” says Ian. “People maybe don’t go out in the numbers that they did years ago, so when they do they want somewhere nice to go, and somewhere where they will want to come back.
“Big pubs and bars are struggling. This place is smaller but it helps create a great atmosphere. We’ve used a lot of bar science to get exactly the right look that we were looking for – the height of the bar, the height of the booths, the lighting, everything.
“This place has a really intimate feel, and that makes it different.”
The bulging array of swanky places to go in Carmarthen has not created a rivalry in the town, says Jasmine. In fact, it’s quite the opposite.
“We all get on really well. The staff from Diablo’s came down here the other day to have a look around and have a drink. We’re all working towards the same thing, after all: making Carmarthen a really nice place to go out." 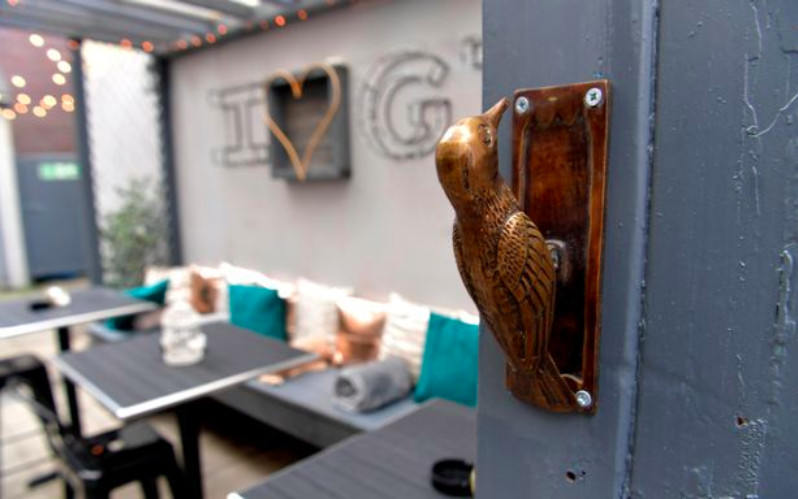 The person who created a lot of the flair that beams off the walls inside Cuckoo’s is Eleanor Thomas. From Carmarthen originally, she too moved to a big city and sampled the contemporary drinking culture that people now seem to have an appetite for.
She helped to design the look and feel of Cuckoo’s alongside Jasmine and Ian, and says the turnaround has been incredible.
“What’s been a challenge is making it look nice while at the same time not going over-the-top so that it looks out of place, which can sometimes happen.
“I think we’ve got it just right here.
“It’s been great to see it all grow from the shell that it was to start with and the reaction we’ve had so far has been overwhelming.
“I can’t wait to see the place full and see how it blossoms in the future.”
Cuckoo’s Speciality Cocktail Bar has its grand opening this Saturday at 6pm.
It will open every Thursday, Friday, Saturday and Sunday from 12pm until late.
WalesOnline