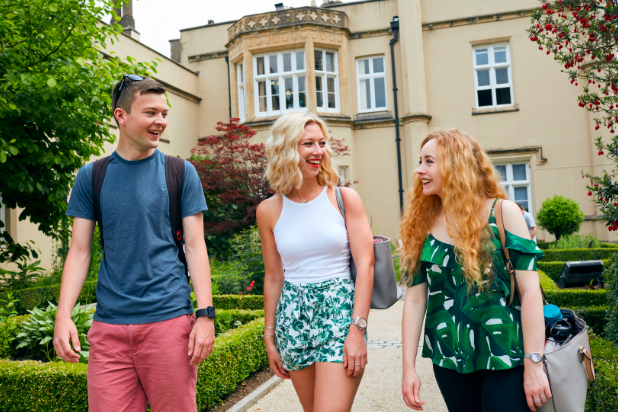 Swansea University has risen six places into the UK top 30 in the prestigious Times and Sunday Times Good University Guide 2019 – its highest ever position.
Swansea University is also runner-up for the overall UK University of the Year title, and has won the Welsh University of the Year title for the second time in three years, cementing its position as Wales’ leading higher education institution.
The Times and Sunday Times Good University Guide ranks universities on nine indicators, including student satisfaction with teaching quality and their wider student experience, research quality, graduate prospects, entrance qualifications held by new students, degree results achieved, student/ staff ratios, service and facilities spend, and degree completion rates.
The University’s strengths in terms of graduate prospects and student satisfaction have been a major factor in this year’s ranking success, taking Swansea into the overall top 30 for the first time since the first edition of the guide was published in 1993.
The new 65-acre Bay Campus has been the catalyst for expansion at Swansea University since it opened in 2015, and has fuelled a considerable rise in student numbers. The University has seen a 50% increase in student numbers over the last four years, with the number of students starting degrees at Swansea now at record levels.
These latest accolades in The Times and Sunday Times Good University Guide follow a year of unprecedented successes that has seen Swansea University:
Ranked in the UK top 10 and top in Wales for graduate prospects, in the Destination of Leavers from Higher Education 2018 survey, with nearly 86% of graduates in professional level employment or further study six months after graduating.Awarded gold, the highest possible rating, in the Teaching Excellence Framework (TEF).Ranked joint 5th in the UK for overall student satisfaction in the National Student Survey 2018.Become Wales’ highest ranked university, increasing its overall ranking to 31st in the UK in the 2019 Guardian University Guide. Swansea are now top in Wales in two out of the three UK league tables.Shortlisted for the Times Higher Education University of the Year title.
Commenting on Swansea’s Welsh University of the Year award, Alastair McCall, editor of The Sunday Times Good University Guide, said: “Swansea’s success as Welsh University of the Year and runner-up for the UK title is an acknowledgement of the sheer scale of the positive transformation undergone by the university in the past five years.
“Physically, it is practically unrecognisable from the institution it once was, while academically, it is building on previous strengths and developing new ones. The new campus is one of the best in Britain and now significant upgrades are being made to the original campus at Singleton Park. Small wonder that enrolments are at record levels.”
Professor Richard B. Davies, Swansea University’s vice-chancellor, said: “This has been a phenomenal year in terms of recognition for Swansea University. These achievements are all clear indications of the commitment and dedication of my colleagues across the University, who work tirelessly to ensure that what we offer our students is the very best, in all aspects of their university life.
“Our accolades also reinforce our position as a high-performing, global university that delivers top quality teaching, world-leading research, and a superb student experience. Not only is Swansea the best university in Wales, it is among the UK’s top institutions and is leading the way on the world stage.”
The Times and The Sunday Times Good University Guide 2019 will be published in The Sunday Times on Sunday 23 September, with further supplements and subject guides in the Times on Monday 24 and Tuesday 25 September. These will focus on the best universities for teaching quality and student experience and the universities that come top in different subject areas.
Swansea University