Two more Swansea schools have completed large solar panel installs with Egni Co-op. A 100kW system was fitted on Morriston Comprehensive just before Christmas, and another 100kW has been completed on Cefn Hengoed Comprehensive in the first week of January.

Andrea Lewis, the council’s joint deputy leader and cabinet member for homes, energy and service transformation, said: “This is a positive way in which to welcome the new year. We are delighted with this increase in clean green power at our schools in Swansea. 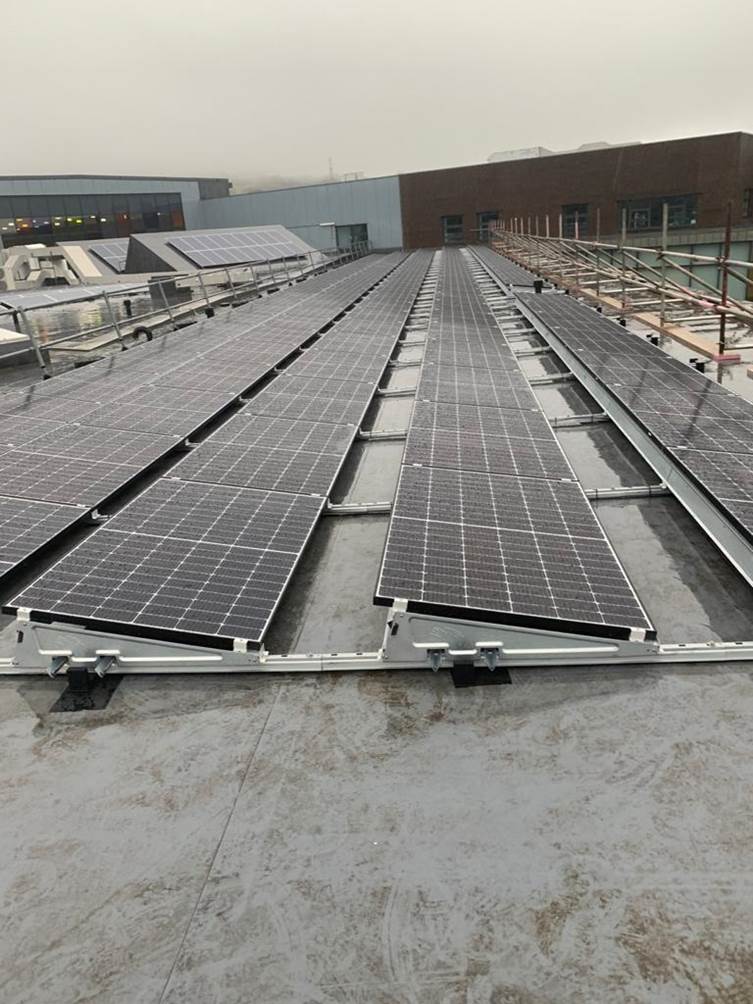 “The council has just published its Charter on Climate Action as a visible public reminder that we aim to become net zero carbon by 2030 – and aim to make the city net zero by 2050. I thank everyone involved for moving rapidly to take action in response to our climate emergency declaration.”

Jen Rayner, the council’s cabinet member for education improvement, learning and skills said: “The cost of these solar installations was funded by Egni Co-op and all surpluses will be spent on education projects so it’s a very good partnership approach for the council.

More than 500 kW of rooftop solar has now been installed by Egni on Swansea schools – at Pentrehafod, Gowerton, Pontardulais, Morriston and Cefn Hengoed Comprehensives, and Portmead and Glyncollen primary schools. Swansea Council was the first in Wales to partner with a coop to install 360kW of solar through the award-winning Swansea Community Energy Co-op (SCEES) https://www.swanseacommunityenergy.org.uk. Egni has followed in their footsteps and cooperative power is now aiming to deliver more than 1000kW of solar by the spring in Swansea.

Egni co-director, Rosie Gillam said “We’d like to thank the schools and council staff who’ve made these installs possible in such trying circumstances, and also our installer, Ice Solar, who’ve worked hard. We are really pleased that other Swansea schools are coming forward, keen to take part in the programme.” 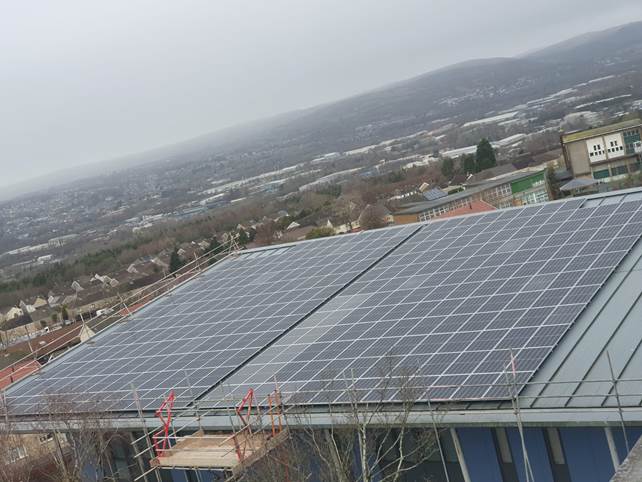 Swansea Council is working in collaboration with Egni Co-op and the Welsh Government Energy Service to help the authority in its aims to become a carbon neutral by 2030.

Most of the electricity generated will be used at the schools, cutting carbon emissions from the schools by about 3,200 t/CO2e over the next 20 years.

Egni Co-op is a community organisation which funds and manages PV installations in Wales. The solar panels in Swansea have been funded by Egni’s ongoing co-op share offer which has raised £2.2m to date and has recently raised its target to £3m. The rollout was supported by Welsh Government Energy Service who provided dedicated development manager time to the Council.

Jim Cardy, senior manager for Welsh Government Energy Service said, “This project is a great example of a social enterprise working closely with a local authority partner in Wales to tackle the climate emergency. We’re pleased to have assisted Swansea Council with technical support and grant funding to progress this rollout.” 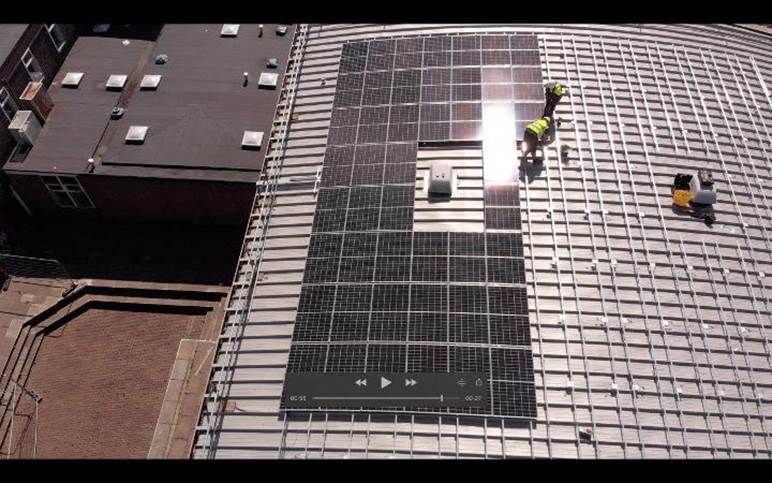 Egni Co-op is a community organisation which funds and manages PV installations in Wales. It was set up by Awel Aman Tawe (AAT), a community energy charity which has been operating for 20 years. Our prime drivers are tackling climate change and engaging people in energy.

Here’s a recent film made by double BAFTA Cymru winner, Mike Harrison about the largest rooftop solar project in Wales on the Geraint Thomas National Velodrome in Newport

Egni has now raised £2.8m from a community share offer from over 1,000 people and organisations. We also secured a £2.12m loan from the Development Bank of Wales to fund the installs which are ongoing. This is the biggest rollout of rooftop solar in Welsh history www.egni.coop

Egni has installed nearly 4MWp on 83 sites in Wales which: