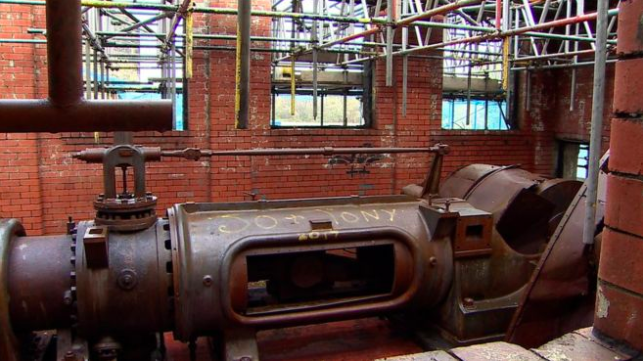 A team of volunteers are going full steam ahead at restoring a 100-year-old steam engine to its former glory.

Swansea University are co-ordinating the project to restore the Musgrave engine which once powered the mills at the Hafod-Morfa Copperworks.

The engine has decayed since the works were abandoned in the 1980s, and the team of 25 volunteers hope it will become a visitor attraction.

Swansea has a long history producing copper and was known as ‘copperopolis’.

A group of 25 volunteers are currently working to restore the original gantry crane, which was used to support the engine.

It is then hoped the site will be deemed safe enough to begin work on the engine, one of Swansea’s only scheduled ancient monuments.

“It’s such an important engine and building, so to be left in the state it was had been a real concern,” he added.

It was installed in 1910 and has been credited with keeping the Hafod-Morfa site open 20 years longer than most copperworks in the area.

Former Hafod-Morfa foreman Ivor Williams started working with the engine back in 1960 when it was already 50 years old.

He added: “Every year we used to strip down the Musgrave engine and check it.

“We’d check the bow, check the piston, and year after year there was very little wear in the engine.”

The first phase of work, aimed at restoring the engine’s supporting crane, is set to finish in December, with funding from the Heritage Lottery Fund and Swansea Council going into a wider restoration at the site.