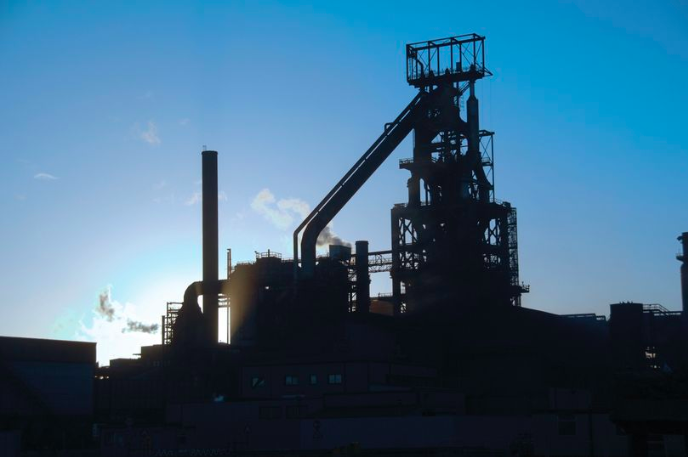 Primary steelmaking at Tata Steel’s Port Talbot works, where 4,000 workers are employed, has received a major boost with work starting to significantly extend the life of one of its two huge blast furnaces.
Indian-owned Tata Steel said the work on the plant’s No 5 blast furnace will extend its life by a further five to seven years.
The value of investment by Tata isn’t being disclosed, but is believed to be in the region of £50m.
The giant furnace – which has been running for the past 15 years producing almost 30 million tonnes of iron – is now being drained so vital engineering work can be carried out inside, extending its life by five to seven years.
Once the heart of the furnace, which is normally more than 1,200C, has cooled skilled engineers will begin work to replace part of the heat resistant interior and vital structural parts.
The project, which is expected to take several months, will also see the waste gas and dust extraction system being replaced.
The blast furnace No 5 life extension project is a critical part of Tata Steel’s long-term strategy to strengthen its operations in the UK and will underpin improvements throughout its UK supply chain.
Confirmation of the investment came at the same time as the announcement in June of definitive agreements being signed by German conglomerate Thyssenkrupp and Tata Steel to form a joint venture of their European steel businesses.
Bimlendra Jha, chief executive of Tata Steel’s UK business, said: “This is the biggest single investment we have made at the Port Talbot site for more than five years and demonstrates our commitment to building a stronger and more sustainable steelmaking business in the UK now and in the future.”
Alan Coombs chair of the Port Talbot multi-union committee added: “This investment in Port Talbot is a huge vote of confidence in the workforce, and follows some other major investments which will help sustain the steel industry in the UK.”
Project engineers began what is known as a salamander tap of the furnace. This involves a number of holes being drilled through the base of the furnace to fully drain it of liquid iron. The operation is carried out remotely and it is expected it could take more than a day to remove all the remaining iron.
A decision on extending the life of the No 4 blast furnace will not have to be made for at least another 10 years.
Back in 2016 there were fears for the Port Talbot plant, and the various other downstream businesses in Wales, when Tata put its entire UK business up for sale.
However, it later abandoned the process with depreciation in the value of sterling post the Brexit referendum result, a factor in returning the plant to profitability.
With over capacity of steel though still a global issue, it last year first announced plans for a potential merger with ThyssenKrupp.
WalesOnline