Sealife to be boosted by scientific Swansea tile team

A helping hand is being given to precious sealife that can flourish in the waters off Mumbles. 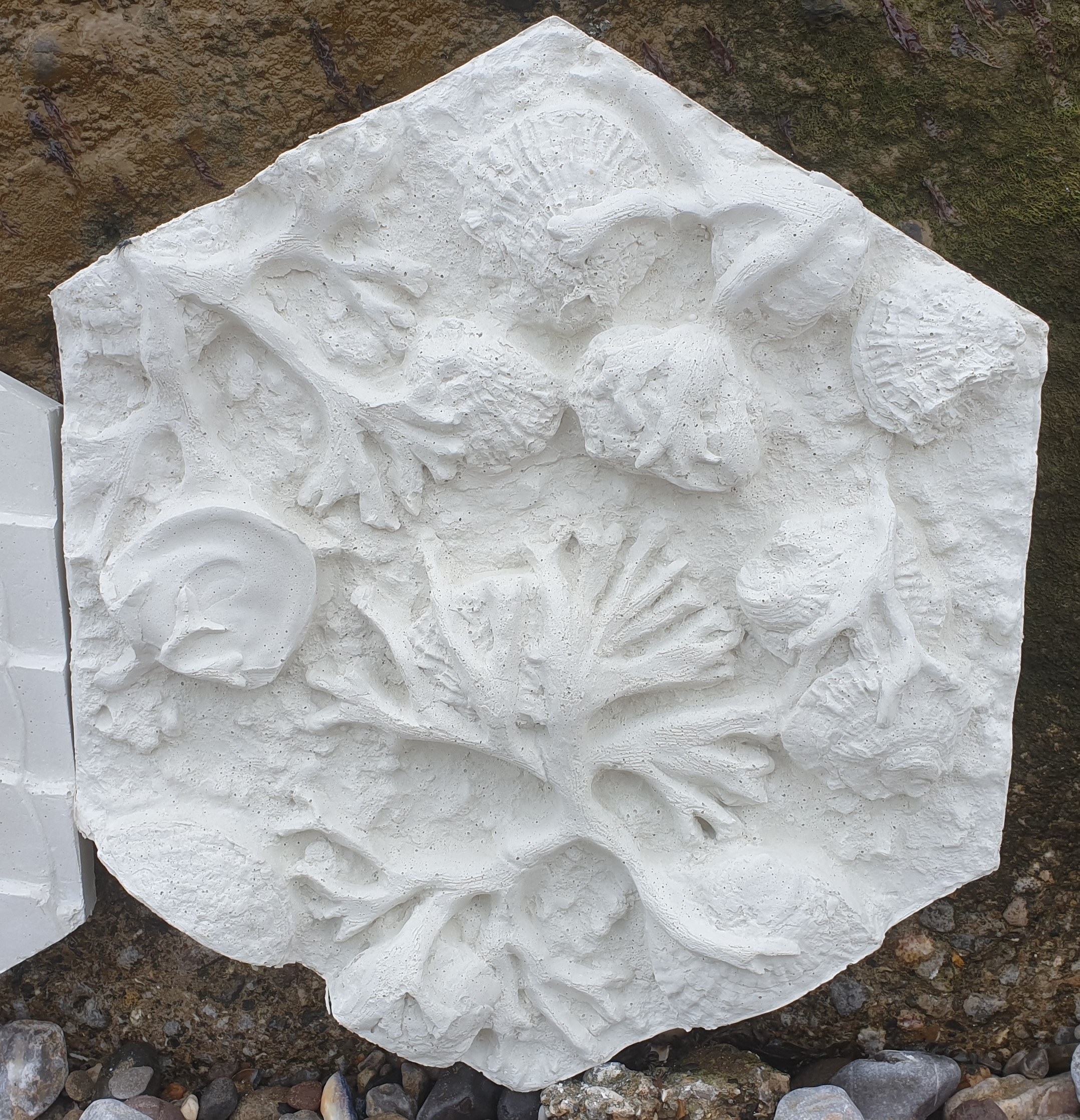 A tile that has been installed temporarily on the Mumbles sea defences. Pic: Swansea University

Tests being carried out on specially designed concrete tiles will establish what types of pattern offer the best home for seashore animals and seaweeds.

To help them in future decades, the most effective patterns could be used on parts of an updated sea defence system now being planned for Mumbles.

A number of the new tiles have been fixed to the tide side of the existing sea defence structure. Scientists will study the results over the coming months.

Information boards are being installed on the prom to explain what the project aims to achieve.

Ruth Callaway, senior research scientist with SEACAMS2, said: “We want to create a wildlife-friendly coast. Mumbles Sea-Hive will research how we can create an eco-friendlier seawall.

“The tiles have different surface textures, some with deep grooves and crevices to mimic natural rock, others with geometric patterns. Two designs feature the shapes of oyster shells to reflect Mumbles history as a centre of the oyster trade.

“We will monitor the colonisation of the tiles with seaweeds, barnacles and other creatures, and will test which patterns perform best.” 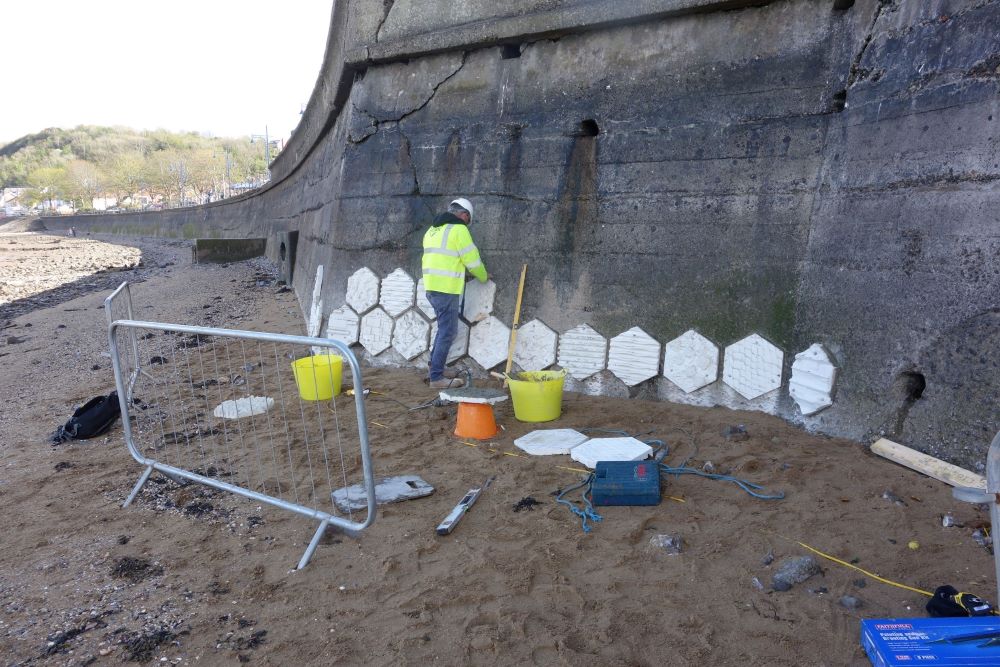 The 135 hexagonal tiles are up to around 4cm thick and measure around 50cm from edge to edge. They are fixed to the existing sea wall in three locations along the seawall – and will remain there for some time.

They are visible from the foreshore.

“Right now we’re asking the public about early thoughts on the new sea defences. The public has already told us that they want the defences to be updated to protect homes and business from rising sea levels. At present they’re too low and, due to their age, in need of upgrading.”

The sea defences public consultation gives the public a chance to say what they feel about this method of creating wildlife-friendly sea defences, which tiles they like and which they don’t.

SEACAMS2 is part-funded by the European Regional Development Fund (ERDF) through the Welsh Government.

The Welsh Government’s Flood and Coastal Erosion Risk Management Programme (FCERM) is the scheme’s main funder, granting around £12m subject to design review and costings. The council will supply funding of around £2m. 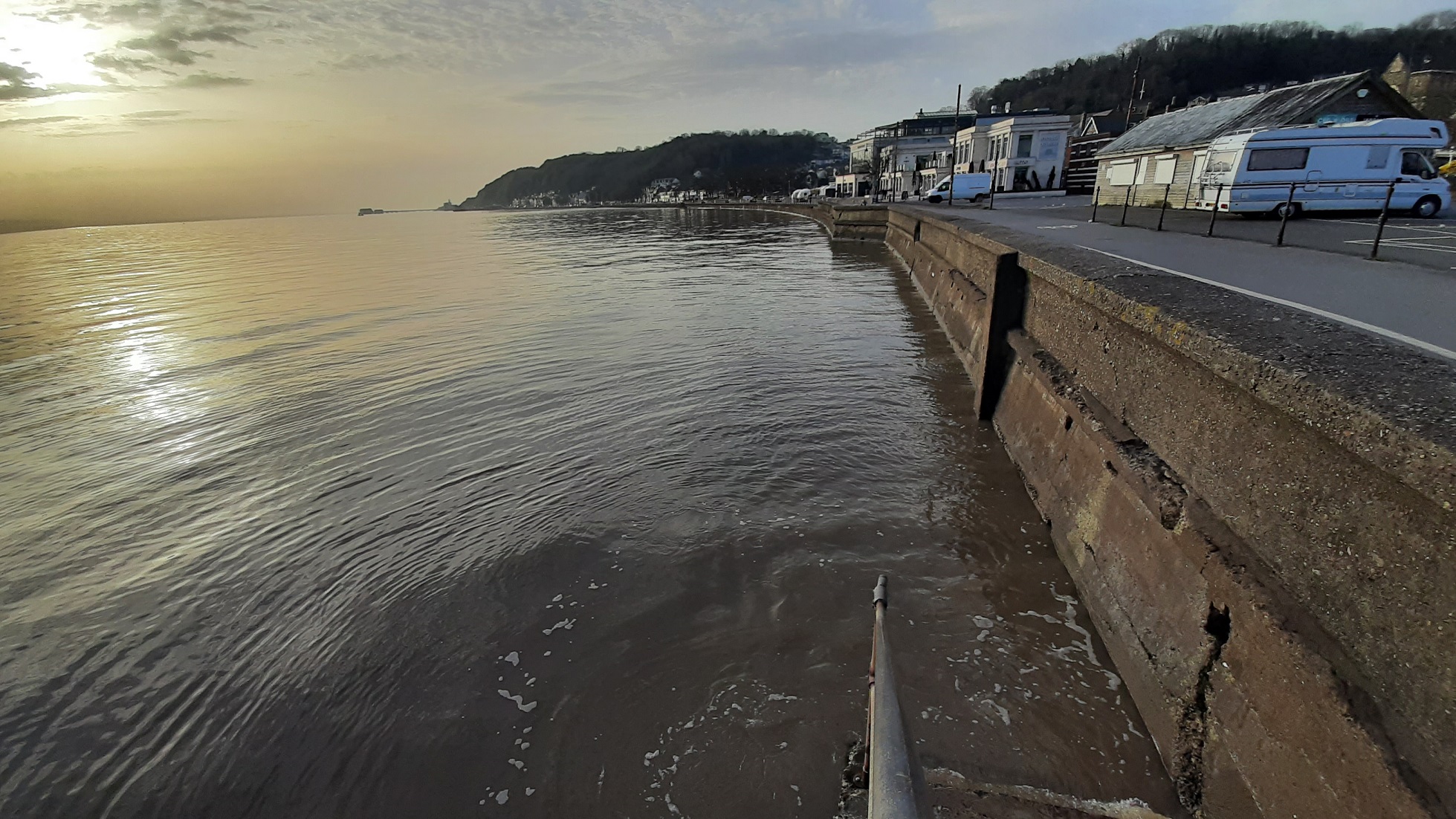