Proposals for a new central Swansea location for the city’s main library and other key services have taken a big step forward. 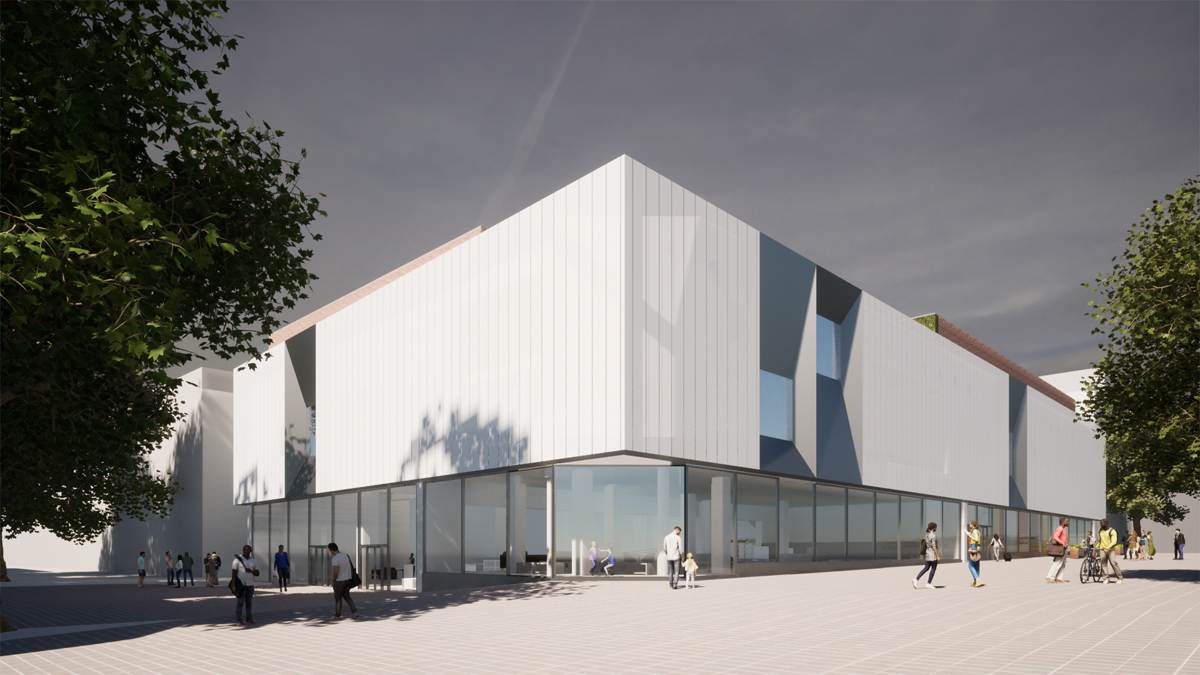 Plans for the hub reveal a striking fresh design just yards from a new-look Castle Square Gardens, Kingsway and Wind Street. It’ll be a short walk from the Quadrant bus station and other public transport services.

The plans, for Oxford Street’s former BHS/What! building, were given the go-ahead by planners.

Work can now start in earnest to convert the building to offer people convenient access to key services from across the council and other organisations.

Council leader Rob Stewart said: “The transformation of this building is hugely exciting.

“It will create a fantastic new library and local services hub in the city centre, right next to the new Castle Square Gardens.

“There will be tangible benefits for the community and the council through the relocation of the library as well as a number of other key public and third party support services into a single building with an open and welcoming environment.

“The project will be a fine example of sustainable city centre redevelopment, reinvigorating existing buildings, and reducing carbon use in the fight against climate change.” 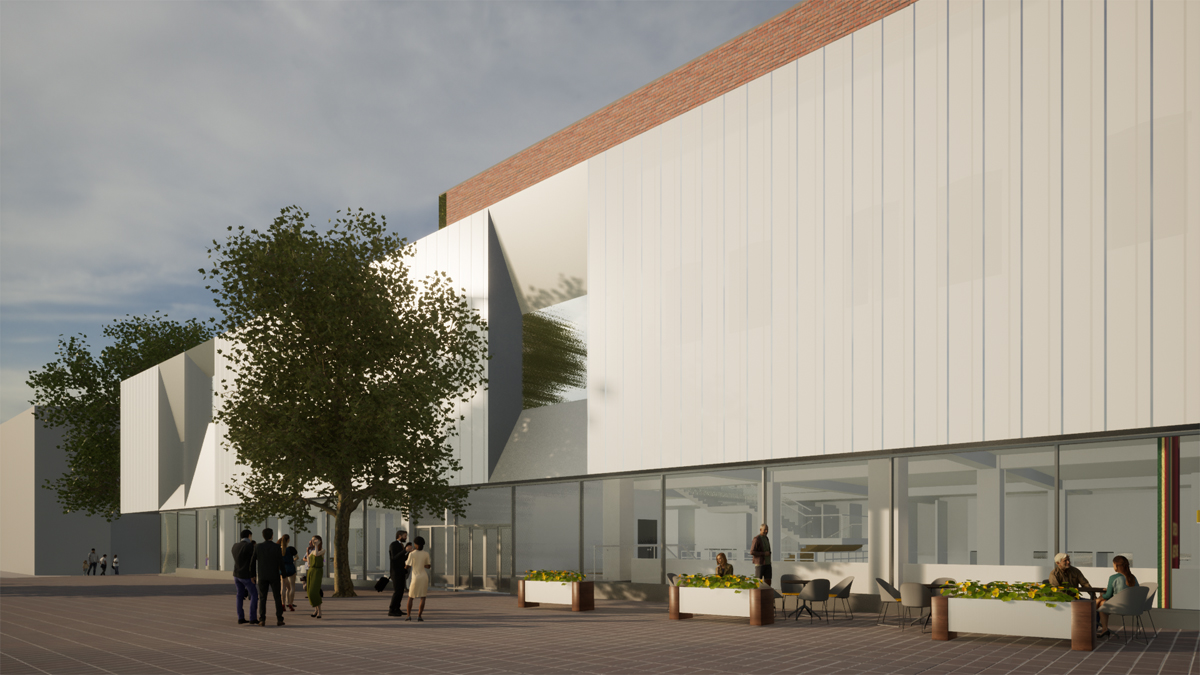 Designs by architects Austin-Smith:Lord Ltd – on behalf of Swansea Council – reveal a new look for the former BHS/What! building.

Designers say the appearance of the structure – built in the 1950s – will have impact appropriate to a public building, with open and active shop frontages to maintain vibrancy to Oxford St and Princess Way.

The ground floor exterior is largely windows and that upper floors feature large glazed openings to show activity and a welcoming ethos.

Cladding will give the building a more consistent look than at present. Translucent cladding could be backlit to act as a beacon to help attract visitors.

There will be a green wall and planting on a roof area.

Inside, the library will act as a “spine” and there’ll be a feature grand central staircase. 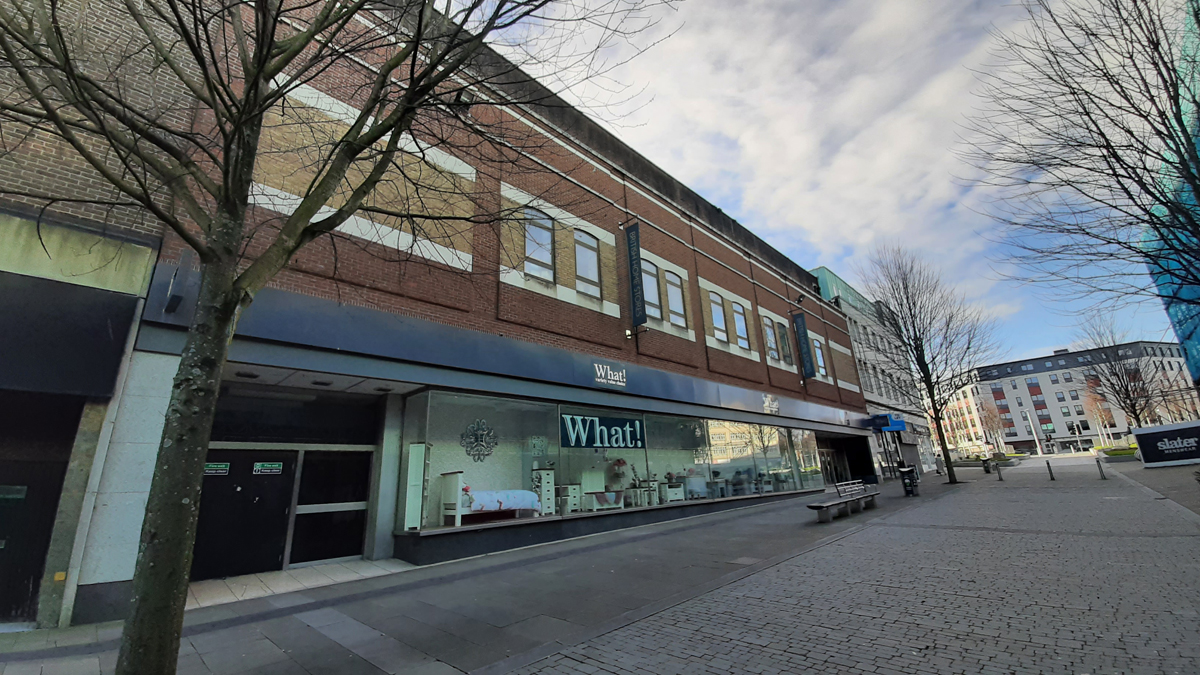 Contractors began preparatory work on site in October – and the building could open in its new guise next year.

It will offer easy access to council services, including the library that’s set to move from the Civic Centre. It’ll be joined by a range of other services.

The hub, along with other city centre work hubs, is designed by the council to protect or create jobs and increase footfall in the city centre over the coming years. It will be visited by thousands of people every week.

The over-arching vision for the hub project is to:

The public have been consulted on the project.

Swansea Council has also revealed some of its services that could soon be accessed by the public at the city centre’s planned community hub. 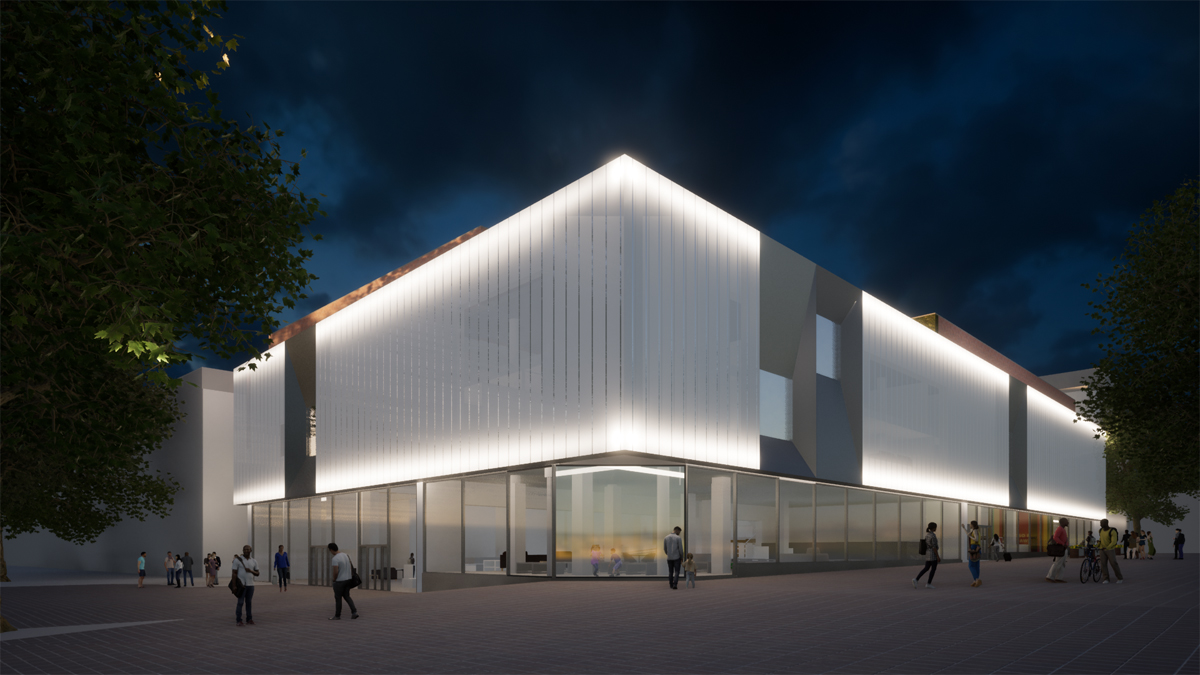 The aim is for the building – which could open in 2023 at the heart of the city centre – to be a welcoming base for services delivered by the council and other organisations.

Council services being considered to relocate there include Swansea Library, the West Glamorgan Archive Service and the Contact Centre.

All are now accessed by the public at the Civic Centre which is due to be redeveloped as part of the city’s council-driven £1bn regeneration.

Other services due to move to the hub include the council’s Revenue and Benefits service, Housing Options and Tenancy Support Unit (TSU), Employability, Life-long Learning and Local Studies and Family History services.

Staff have been told. They and the public will be kept up to date on plans. The council continues to consider options for their future locations of other Civic-based services.

Council leader Rob Stewart said: “This announcement is an important step for our community hub plan.

“This first group of customer-facing services illustrates how useful the hub will be to the public.

“The development will bring increased footfall for city centre businesses, creating and maintaining city centre jobs; it’s a key factor in our aim to regenerate Swansea.” 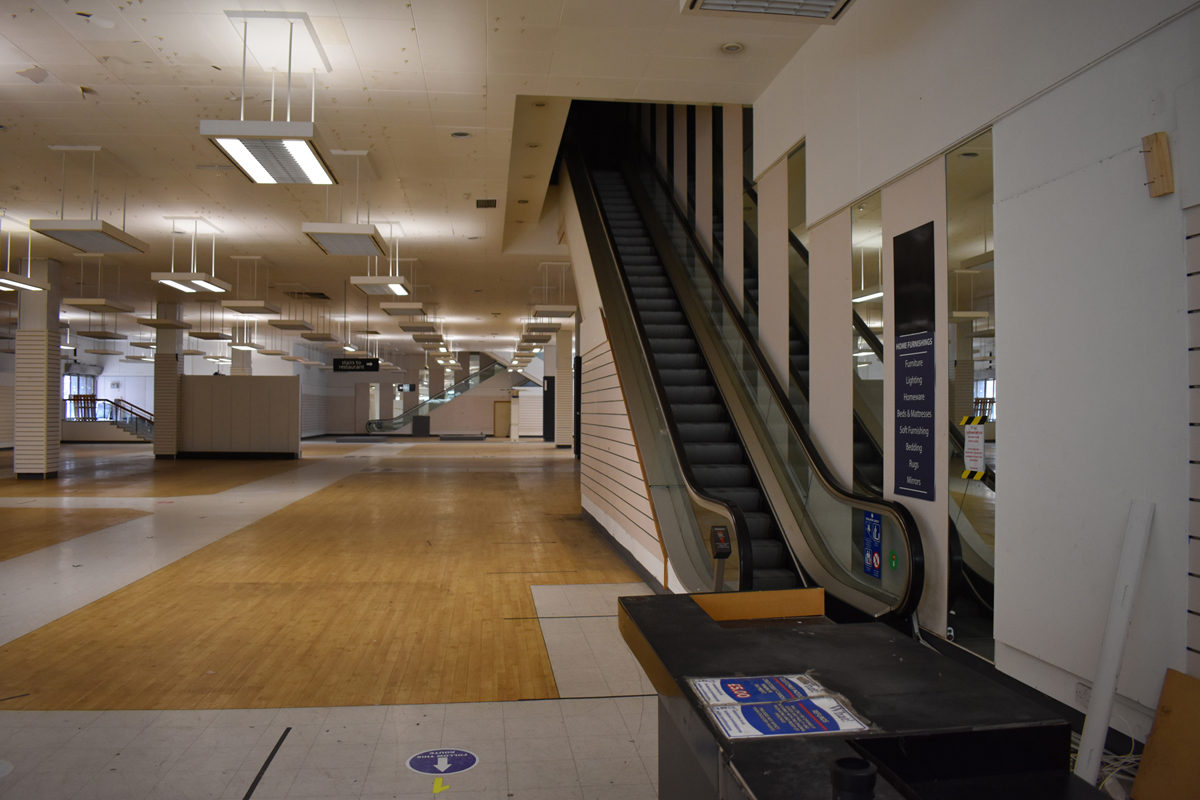 Inside the Swansea city centre building being transformed into a community hub. Pic: Swansea Council