New scheme to ensure our grasslands are buzzing with life

A new ‘bee friendly’ approach to managing Neath Port Talbot Council’s verges and grasslands has been adopted by the council’s Regeneration and Sustainable Development Cabinet Board. 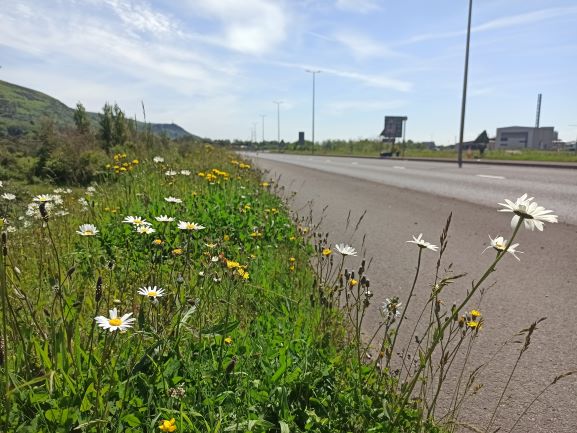 The Bee Friendly Scheme, approved on Friday, July 30th, 2021, will see a big increase in wildflower species and the insects such as bees which pollinate them in support of the council’s Biodiversity Duty Plan and the NPT Nature Recovery Action Plan.

The scheme has been prepared jointly by the council’s Neighbourhood Services and Countryside and Wildlife Teams, in consultation with other sections across the council, with the aim of increasing the area and extent of wildflower grassland in Neath Port Talbot to improve the environment and develop biodiversity.

Under the scheme, the council has introduced new ways of managing grassland areas to encourage nature:

As soil nutrients decrease in a grassland ecosystem, the number of plant species that can survive increases, and the dominance of coarse grasses reduces. This produces a more diverse roadside environment for wildlife and adds to the biodiversity of the area.

This can already be seen in Neath Port Talbot on Harbour Way and Fabian Way, where this management has been in place for a number of years under the Conservation Sites Scheme. These stretches of road are attractive to both road users and pollinators. In fact, they are also likely to support populations of the endangered Shrill Carder Bee, which can be found in the coastal regions of the county.

Roadside verges and grasslands included in the NPT Bee Friendly Scheme will be marked with the scheme’s logo which features the Shrill Carder Bee.

Road safety will always come first, which means some areas will still be regularly mown.

Neath Port Talbot Council’s Cabinet Member for Regeneration and Sustainable Development, Cllr Annette Wingrave, said: “We must act to reverse the rapid decline of pollinators like bees which are vital to our environment and also our economy and food. This scheme will enrich our environment by greatly increasing biodiversity and providing havens for pollinators.” 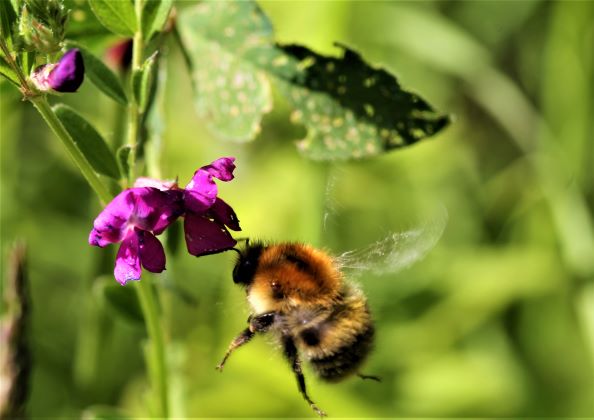