There’s something familiar about a new scaffold wrap that appeared above the Potters Wheel on Swansea’s Kingsway on Friday. Coastal Housing owns the building at 85 Kingsway, which is currently being upgraded thanks to funding from Welsh Government’s Transforming Towns programme and support from Swansea Council. 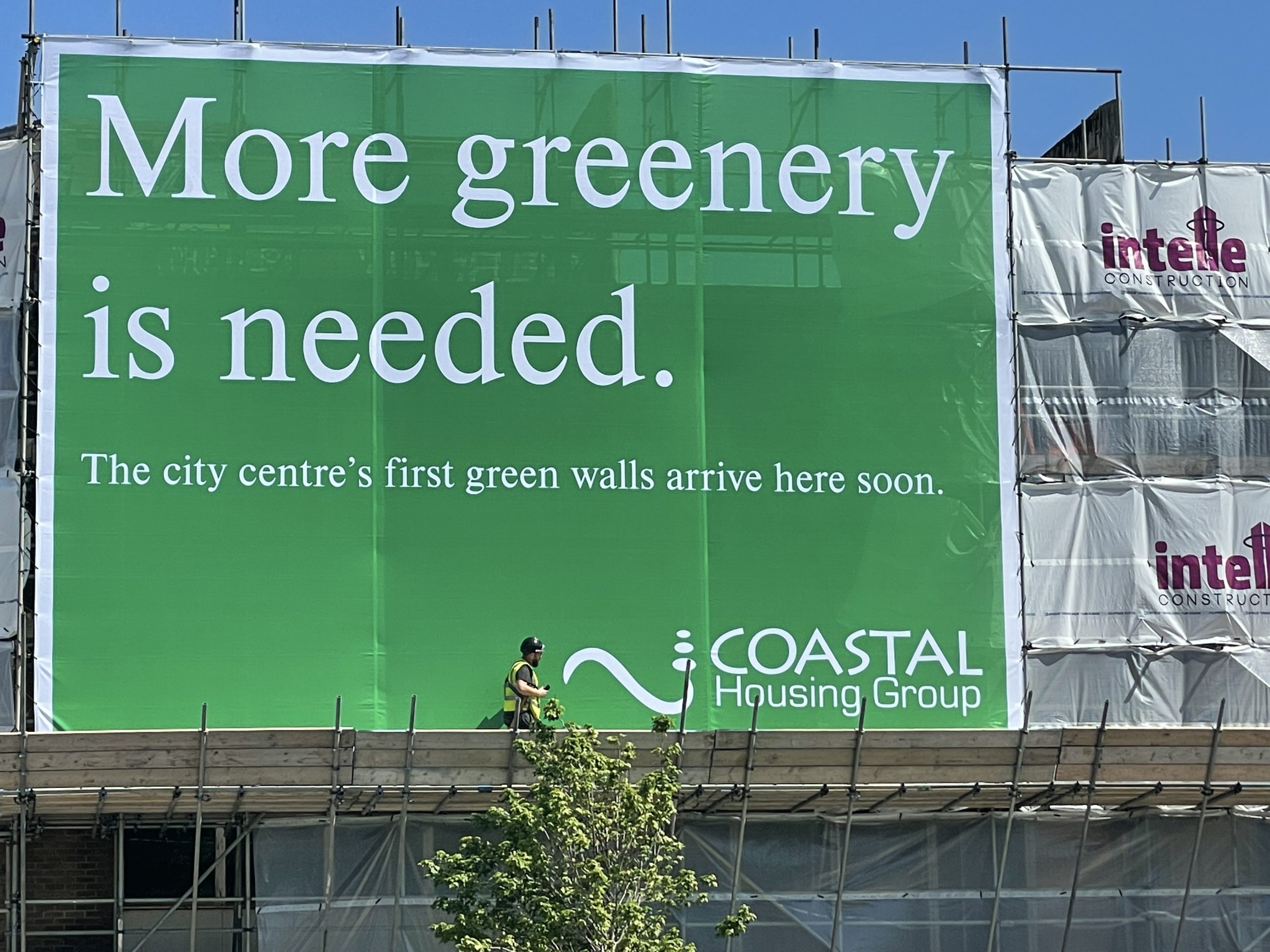 The temporary installation declares that ‘More greenery is needed’ – recycling the font and layout from the much-loved ‘More poetry is needed’ piece by artist Jeremy Deller, which became a Swansea landmark.

The upgrade works at 85 Kingsway will include the city centre’s first living, green walls but Coastal Housing, which installed the temporary scaffold graphic, says the broader message applies to more than just the work going on at their building.

“Over recent months many of us have realised the importance of nature, both to us personally and of course for the environment, says Chief Executive Debbie Green. “Plants take in co2, produce oxygen, absorb rainwater and can have a cooling effect on high temperatures, so more greenery is definitely needed, especially in urban areas. Fortunately, thanks to the Welsh Government’s Transforming Towns funding and the support of Swansea Council, more green infrastructure projects like this are due to happen across the city in the near future.

“At Coastal we see our site hoardings as opportunities to do something positive and creative. We were massive fans of the ‘More poetry’ piece and when we started thinking about something for this site that captured our commitment to sustainability and worked on the kind of scale we had available, we thought a reworked, ‘green’ version would be a nice tribute whilst the building is upgraded, and something people across the city would notice and hopefully enjoy.”

The scaffold graphic was printed and installed by Cardiff-based Semaphore Display and uses eco-friendly, recyclable materials. 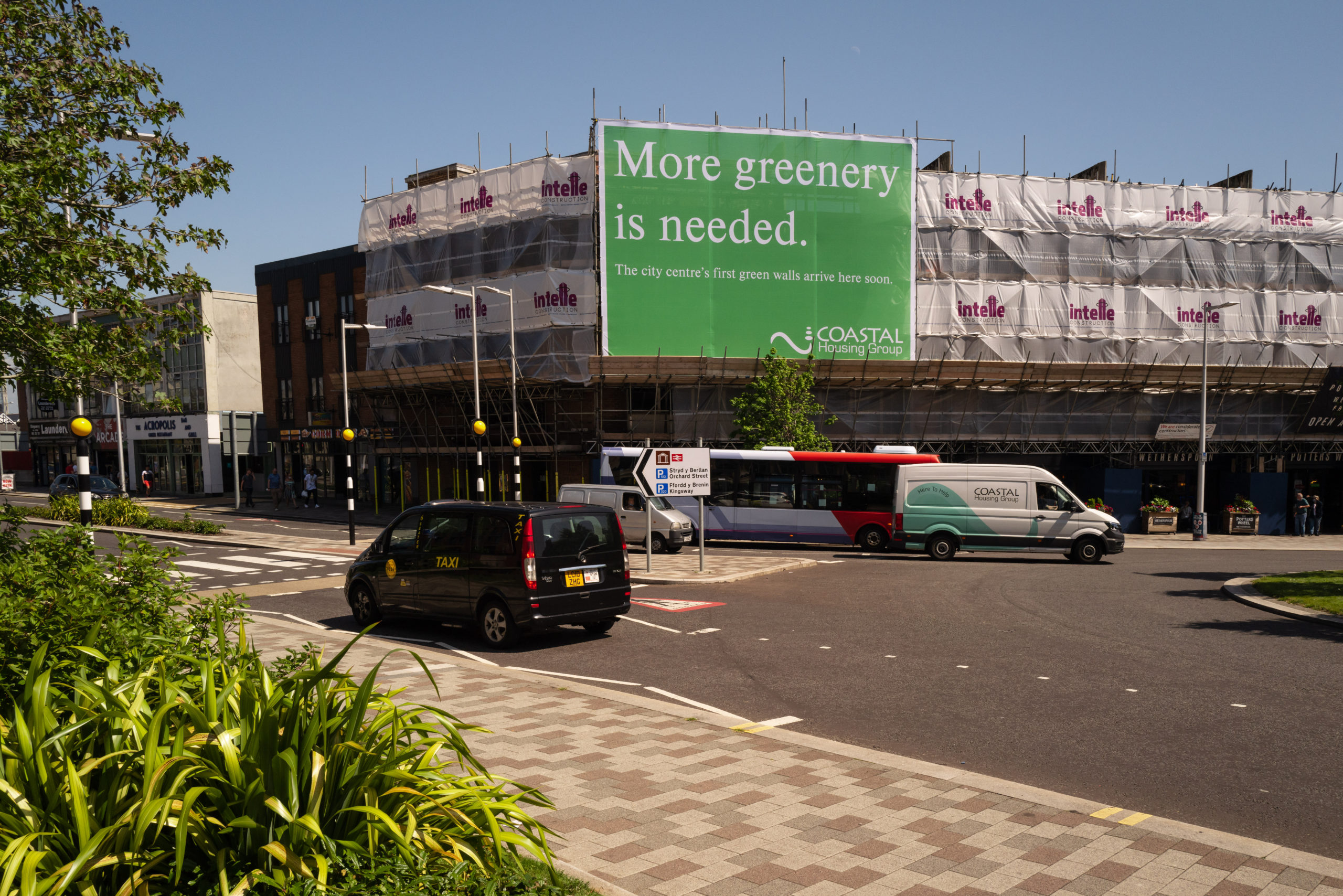