A prominent city centre building looks set to become the new home for Swansea Council’s main library and a host of other community services. 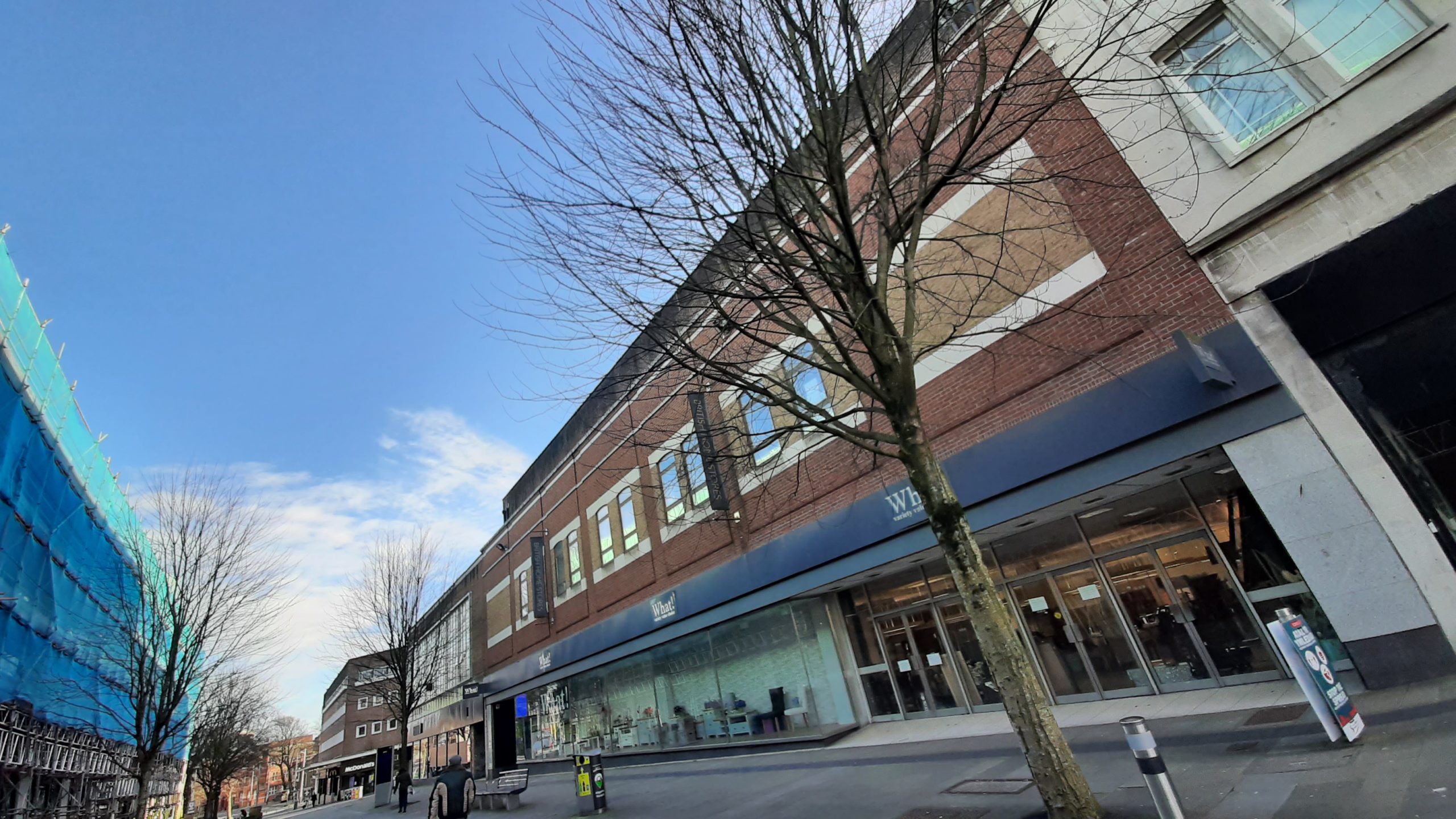 The former BHS building as it is today.

The proposal for Oxford Street’s What! store – formerly occupied by British Home Stores – is the latest step in an ambitious programme aiming to create and protect jobs and contribute to the transformation of the city centre over the coming months and years.

Celebration Assets, the owners of the What! business, recently made the council aware that they were planning to leave the premises to focus their retail efforts on other Swansea sites such as the adjoining former Miss Selfridge unit.

The new-look location in the heart of the city centre could also become home to the West Glamorgan Archive Service, an Employability Hub, as well as a number of other public front-facing services.

If approved, this multi-purpose community space could be serving the people of Swansea by 2023.

The proposals have been unveiled as part of an initial high-level public consultation that starts today. Consultation will continue as part of the project and no final decision will be made until feedback from the public has been taken into account.

Council leader Rob Stewart said revitalising the What! unit into a community services hub would be part of ambitious recovery plans for the city centre post-pandemic.

He said discussions are ongoing with a number of public and third sector partners and that Careers Wales have expressed an interest in working alongside the council at the venue.

He said: “We’ve delivered Kingsway, we’re delivering the Palace, the new Arena and Copr Bay, we’ve put up the new bridge over Oystermouth Road and work is due to start soon on the high-tech hub at 71-72 Kingsway.

“On top of that Pobl is working hard on its Copr Bay affordable homes project, which is an amazing endorsement of the ambitions we all share for the future.

“Together we’re investing hundreds of millions of pounds to create thousands of jobs. The cities of the future will be about much more than shopping – they’ll be visitor destinations in their own right, they’ll have thriving local communities who live in homes such as those above shops.

“They’ll be a place to do business and they’ll be a destination with major attractions and friendly cafes and restaurants.

“That transformation is already happening in Swansea city centre and the council is leading the way with initiatives like the revamp of Castle Square gardens, Wind Street and the coastal park next door to the arena.

“We want to know what people think about the proposals for the former BHS site because it means that vital services will be delivered from the city centre rather than at the Civic Centre in years ahead.”

Cllr Stewart said: “Using the What! building as our city centre community hub will be cost-effective as we don’t have to build and we can access Welsh Government grants to fund the project.

“Importantly, it allows us to bring a core building back into use, assisting with city centre footfall and regeneration and aiding our post-Covid recovery plan.” 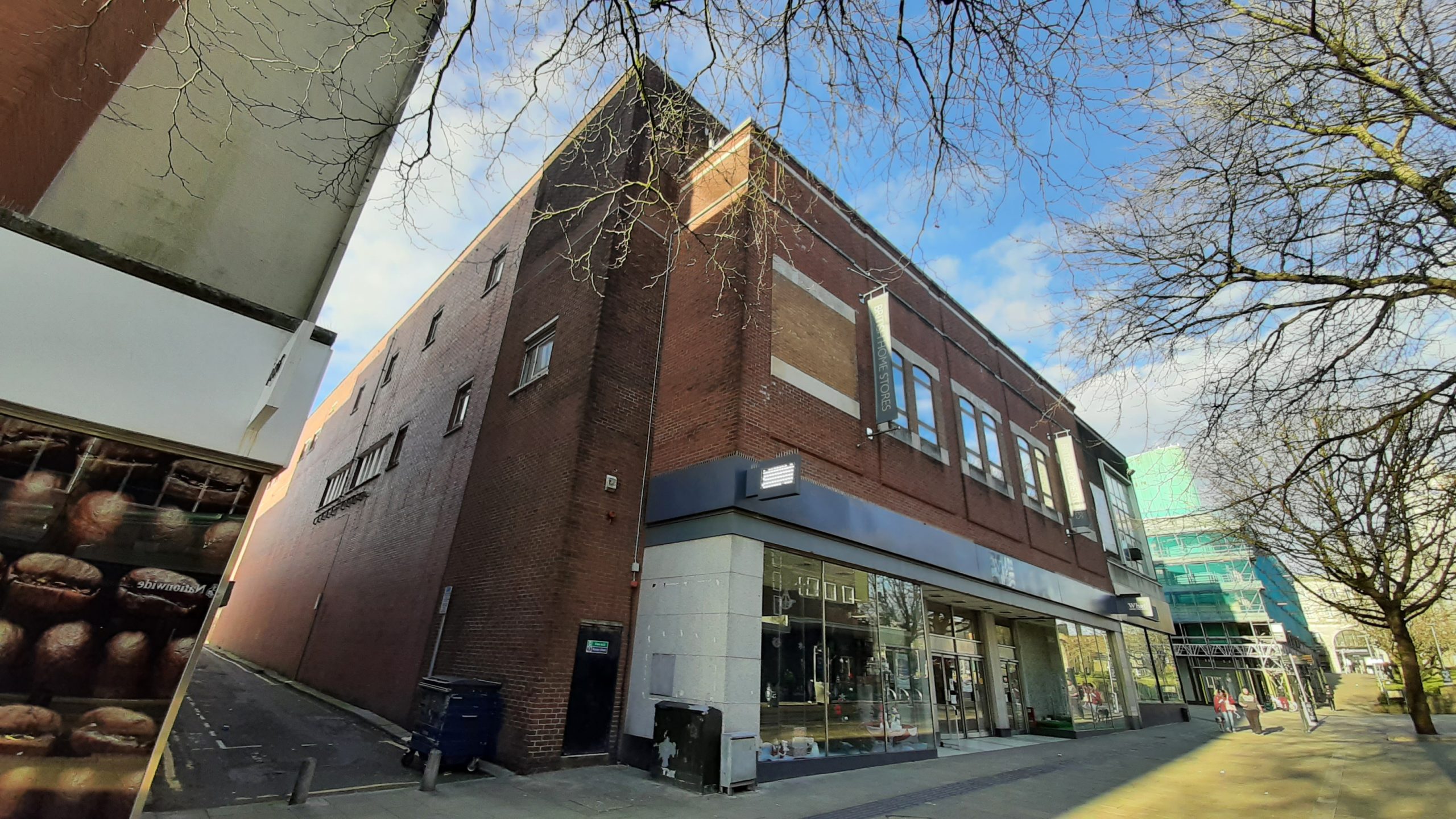 The former BHS building as it is today.

Proposed services that could be located at the new city centre community hub are:

The council is already working on longer term plans for the Civic Centre which is one of seven strategic development sites and is set to be redeveloped as a residential-led mixed use community. Discussions are ongoing.

A spokesperson for Celebration Assets said:

“Recently, we made the council aware that the What! building’s leasehold was available – and we were pleased to start discussions with them at that point.

“We will be focusing on retail opportunities elsewhere in Swansea, such as the former Miss Selfridge store where we have the leasehold and which is vacant right now.

“All our What! staff in Swansea will be offered positions elsewhere in our business. Some already work at several of our stores.

“We look forward to a bright new future for this building and Swansea city centre – and we thank all What! customers for their support at this site over the years.”