Port Talbot based civil engineering firm Andrew Scott Ltd has been praised for donating a steel storage container in which to house the many items such as clothes, food and blankets which have been donated to victims of the Skewen flooding incident. 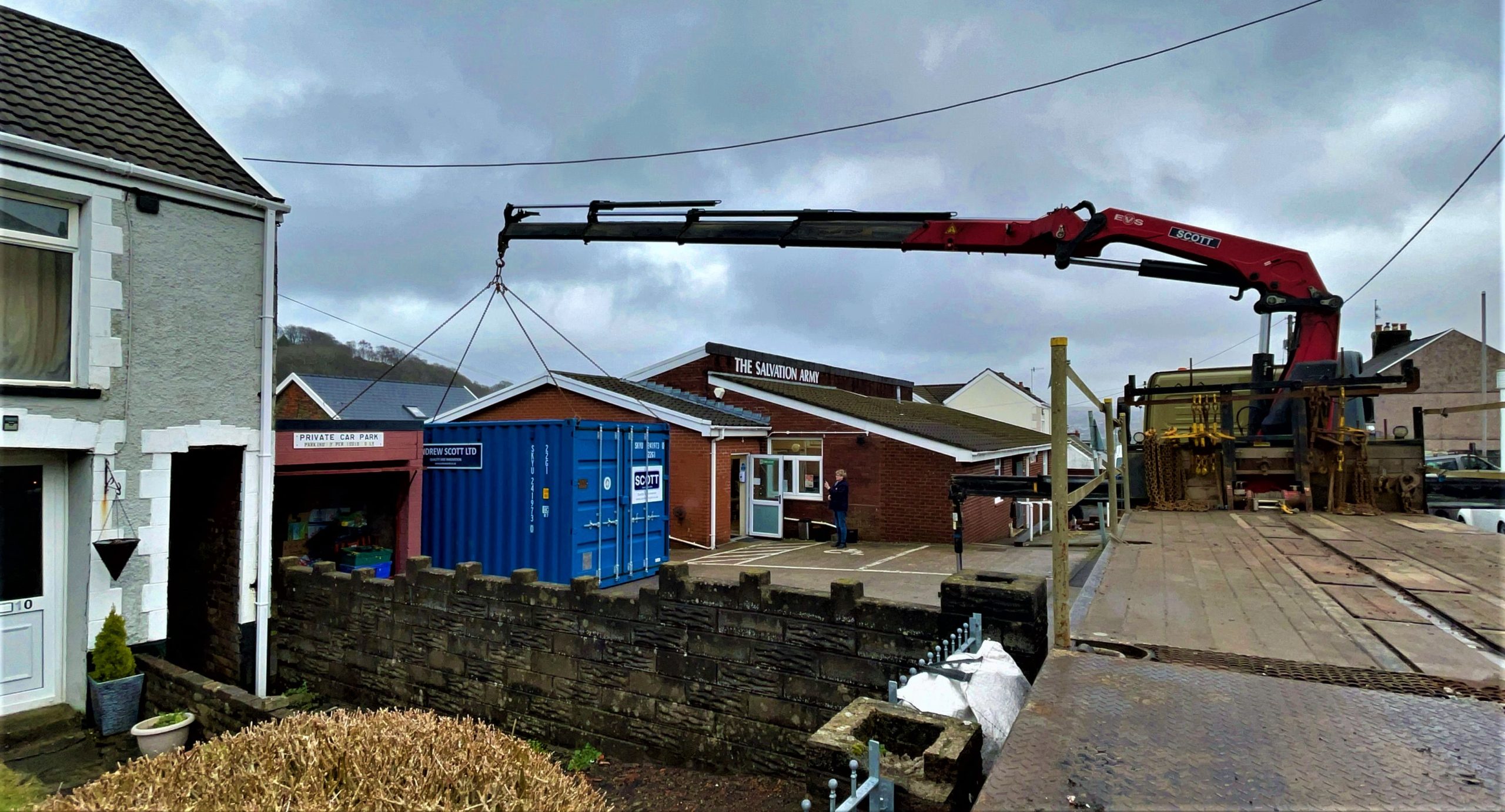 Neath Port Talbot Council has been working with partner agencies including South Wales Police, the Coal Authority and Mid and West Wales Fire and Rescue Service since the incident began on January 21st.

Neath Port Talbot Council Leader, Cllr Rob Jones, said: “It says a lot about the community spirit in Neath Port Talbot that so many people donated items to help those who had to be evacuated there was an urgent need for a storage facility in which to keep it all.

“I’d like to thank local firm Andrew Scott for stepping forward to donate this steel storage container. They have worked with the authority for many years, more recently on the Llandarcy field hospital as part of the fight against Covid and they are also working for us currently on the Crown Buildings site in Neath and at YGG Ystalyfera.

“Also of course I’d like to thank those kind-hearted people who donated items big and small.”

A spokeswoman for Andrew Scott Ltd said: “It was our pleasure to help and as a local company with some staff living in the area it was important we did something.”

Captain Jo Walters, The Salvation Army’s leader in Skewen said: “The response from the general public and the local people of Skewen since the flood has been absolutely amazing.

“Everyone has just pulled together to help one another. Individuals, families and local businesses have all got involved.  We’ve had donations of food, blankets, cleaning products, the list goes on. It’s been overwhelming. I’d like to say a huge thank you.”

A JustGiving page initially set up by The Salvation Army to help the Skewen community has reached £30,000. Money will be used to help with people’s immediate needs while they are out of their homes but will also be used to provide longer-term support for affected residents as they eventually return to their homes.

The Coal Authority says the cause of the sudden flooding was a blockage in historical mine workings which led to a build-up of water and a subsequent “blow out” on the surface above. The incident is now moving on to the recovery phase.