One of Wales’ most innovative digital workspace businesses is set to breathe renewed life into an iconic Swansea building. 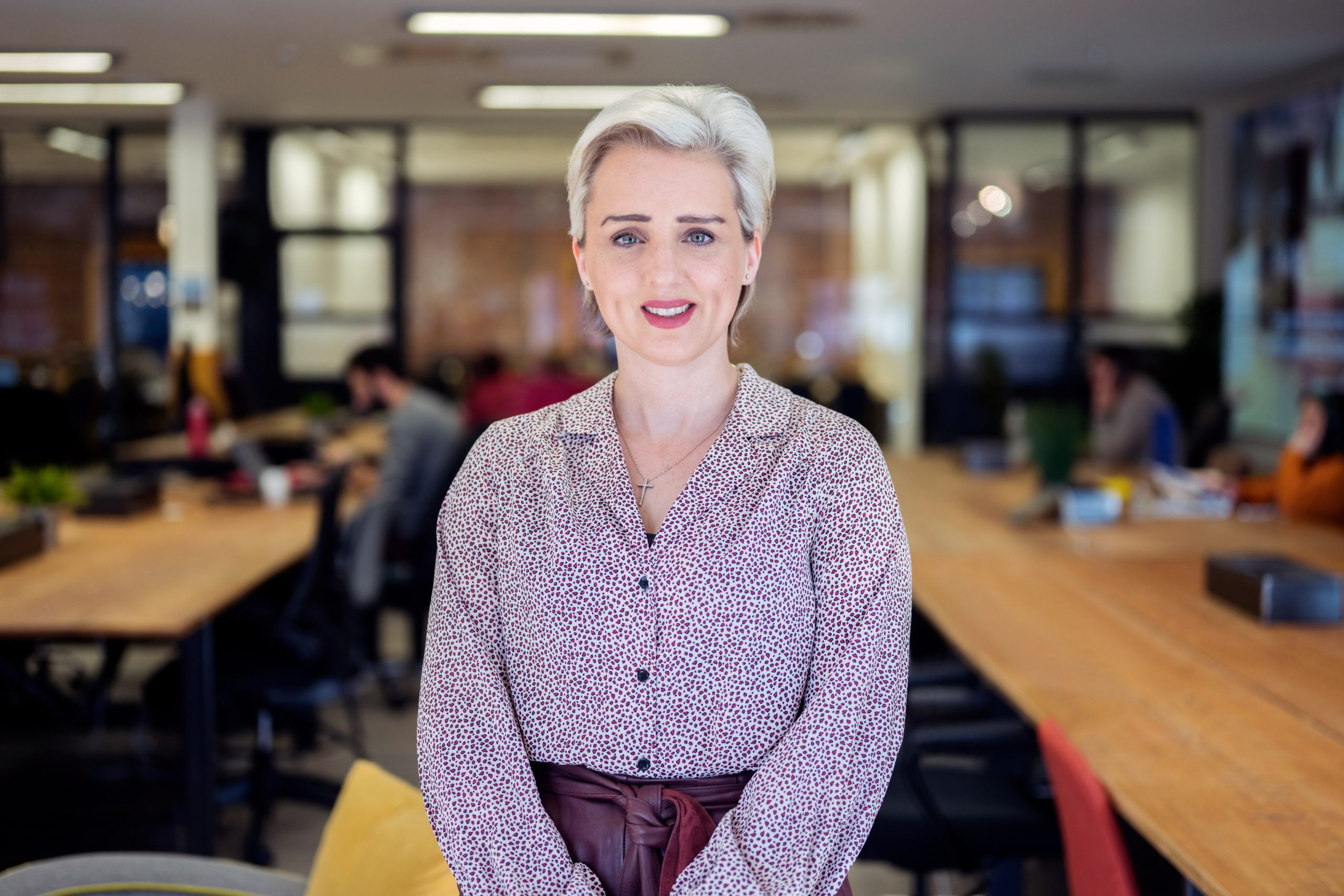 Tramshed Tech has signed a heads of terms for a development agreement with Swansea Council for the city centre’s 133-year-old Palace Theatre building.

It means that council plans to redevelop the flatiron-shaped structure, one of Swansea’s most eye-catching heritage treasures, have taken a major step forward. 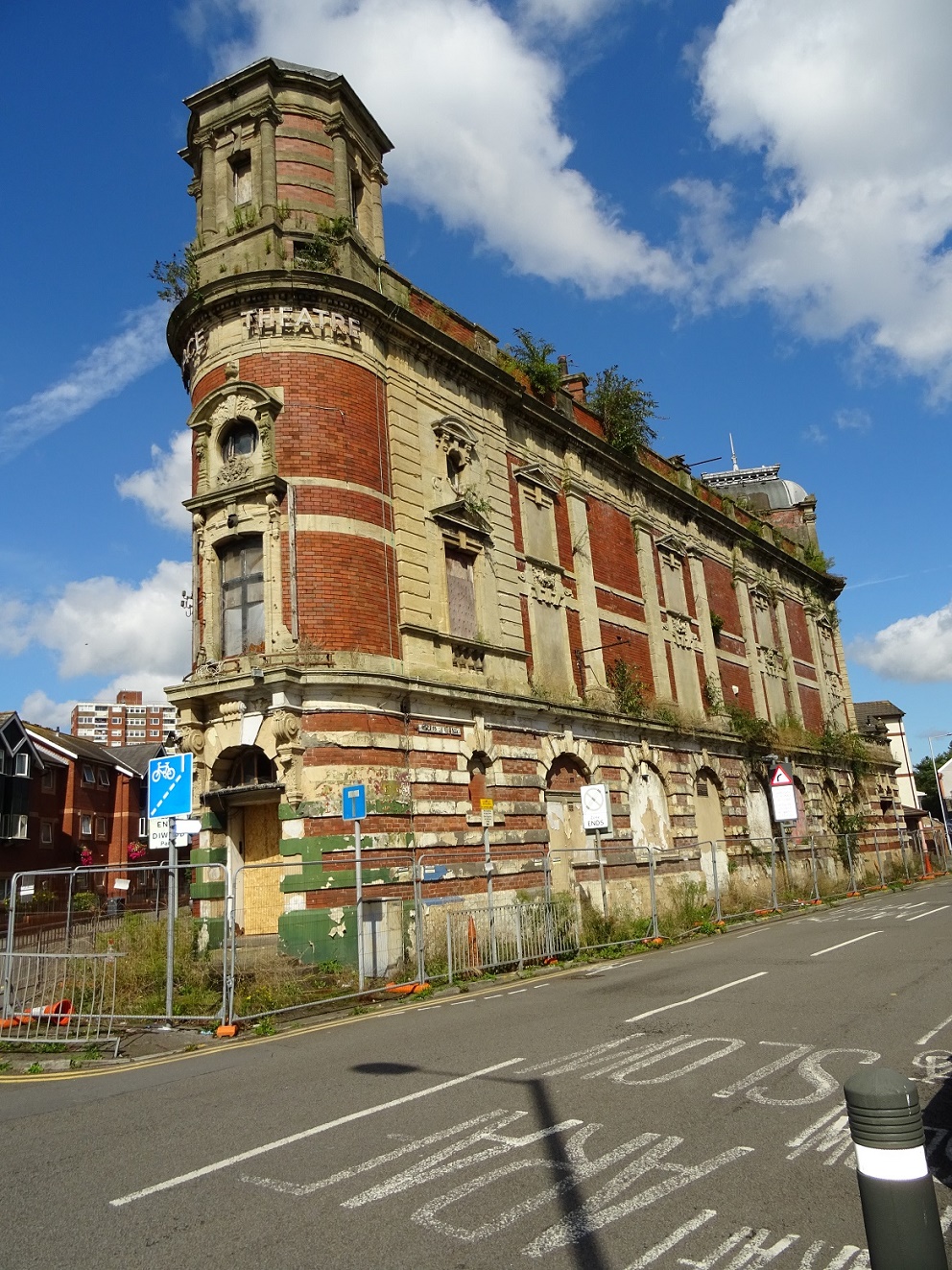 Planned to open in 2022, the influence of Tramshed Tech will see the creation of a modern, flexible workspace for young and growing businesses, especially those in the tech, digital and creative sectors, where Wales has achieved a significant and growing impact. 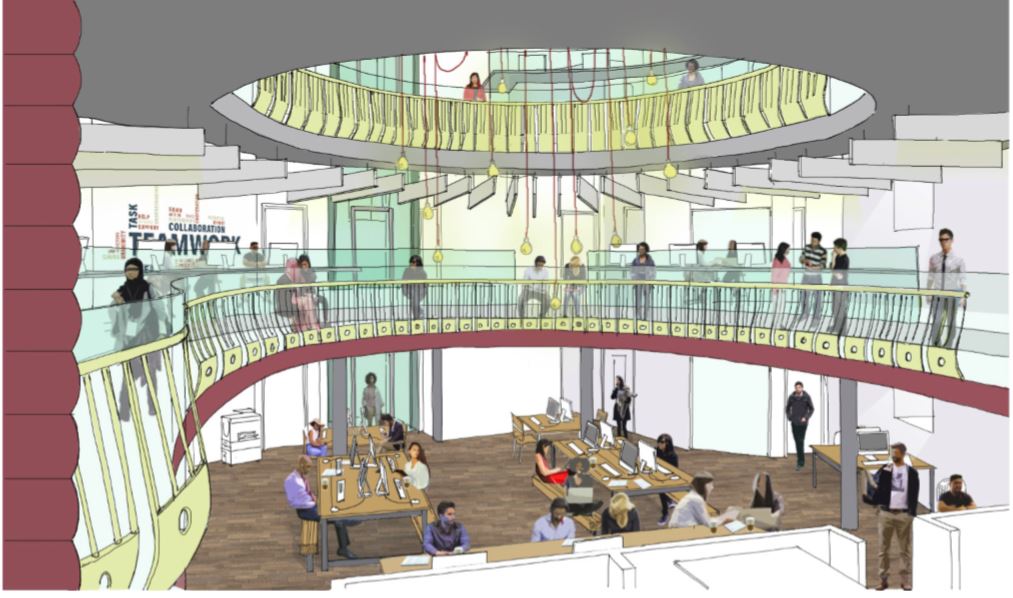 How the interior of the Palace could soon look.

Tramshed Tech already runs a similar successful award-winning operation in the historic Tramshed building in central Cardiff and is currently expanding into a number of other locations across Wales, with a series of enterprise and innovation hubs for the tech, digital and creative sectors. 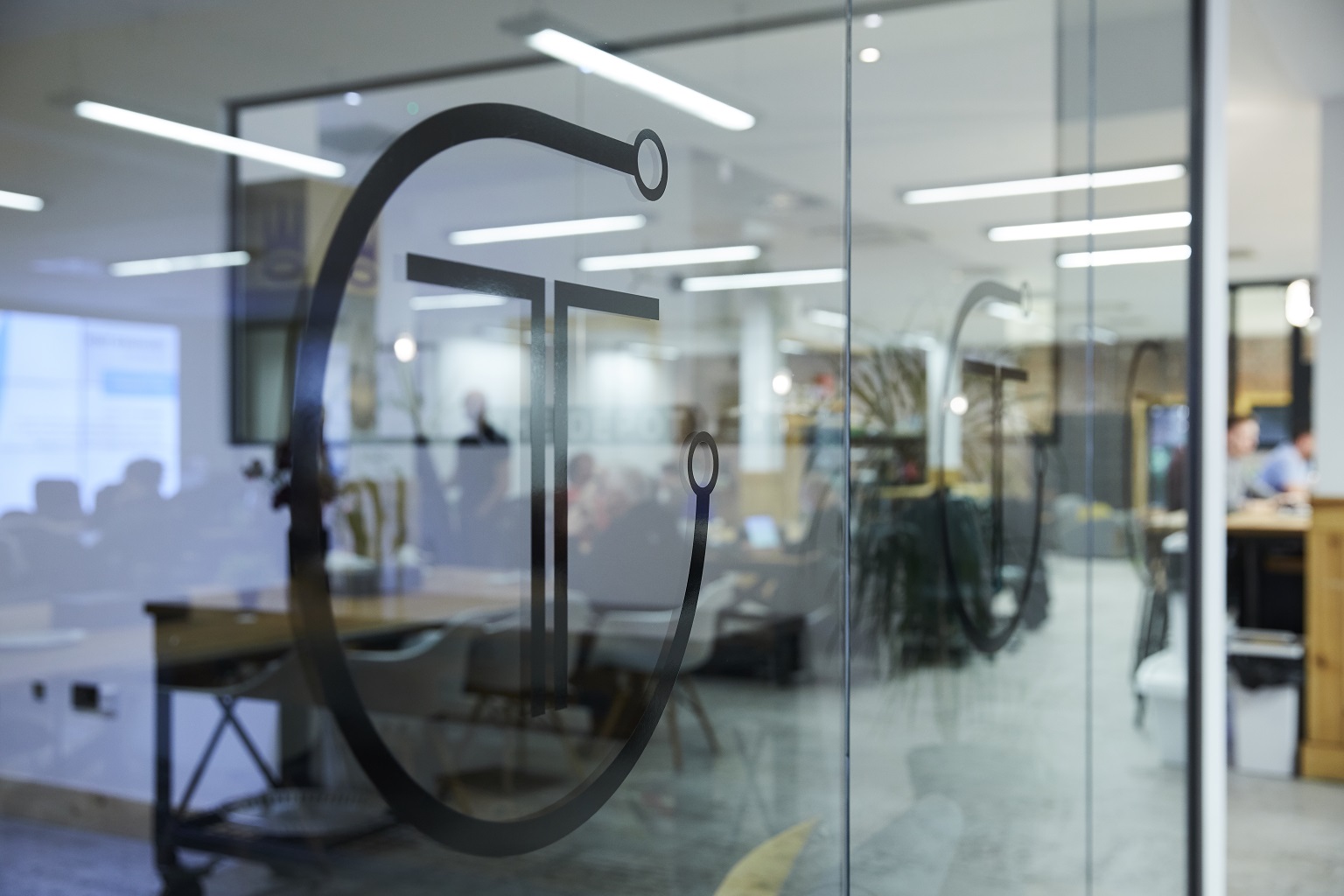 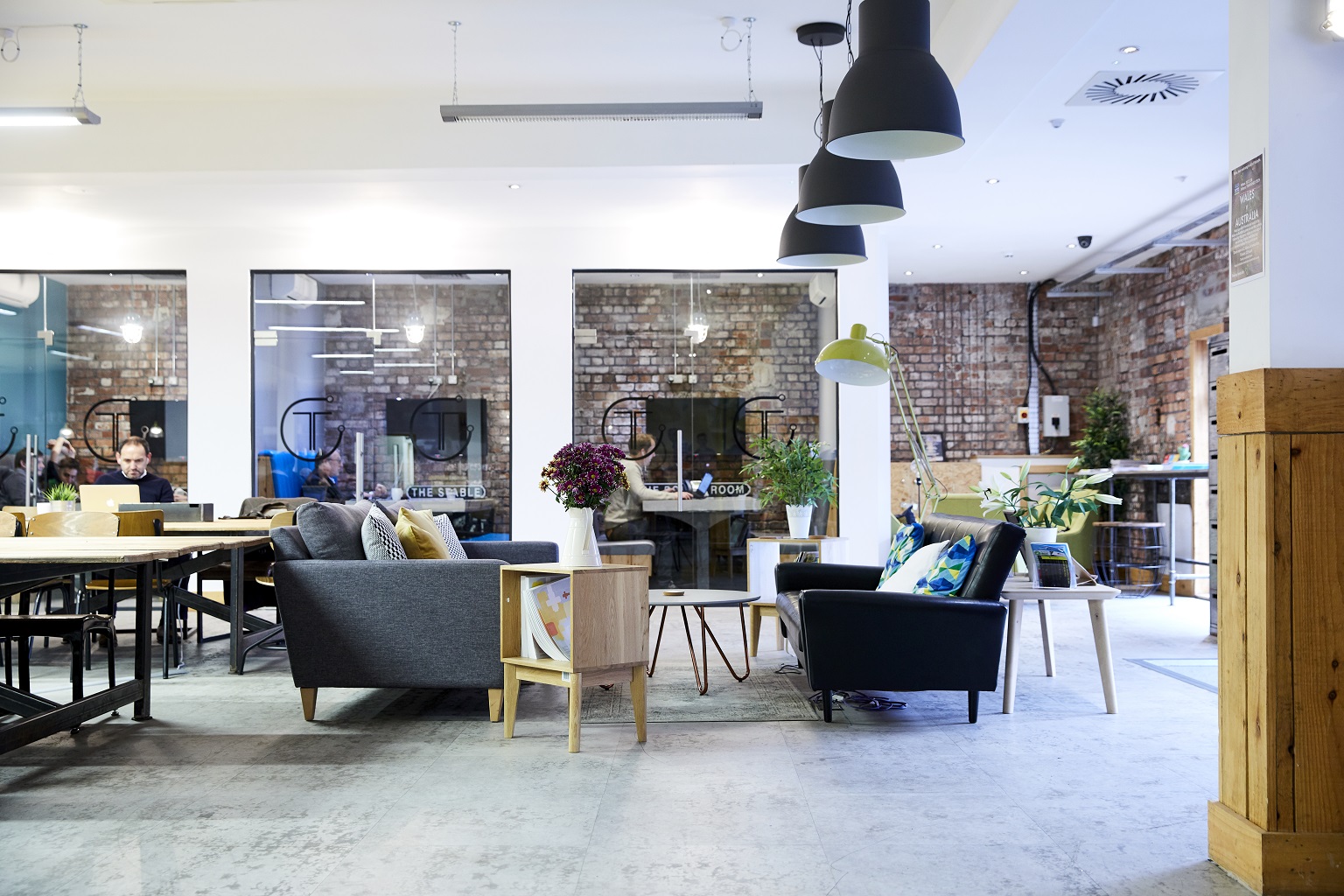 Tramshed Tech co-founder and CEO Louise Harris commented: “It is so exciting to be working with the city council in Swansea to re-develop this historic landmark building and to be able to provide class-leading digital services for the city.

“The iconic Palace building will act as a growth platform for accelerator and growth services, with provision also for industry-leading skills and training for this fast-growth sector.

“We are delighted to be moving into Swansea.”

“Their proposal, received as part of a competitive process, will secure long term employment opportunities for the people of Swansea in an historic and unique location. 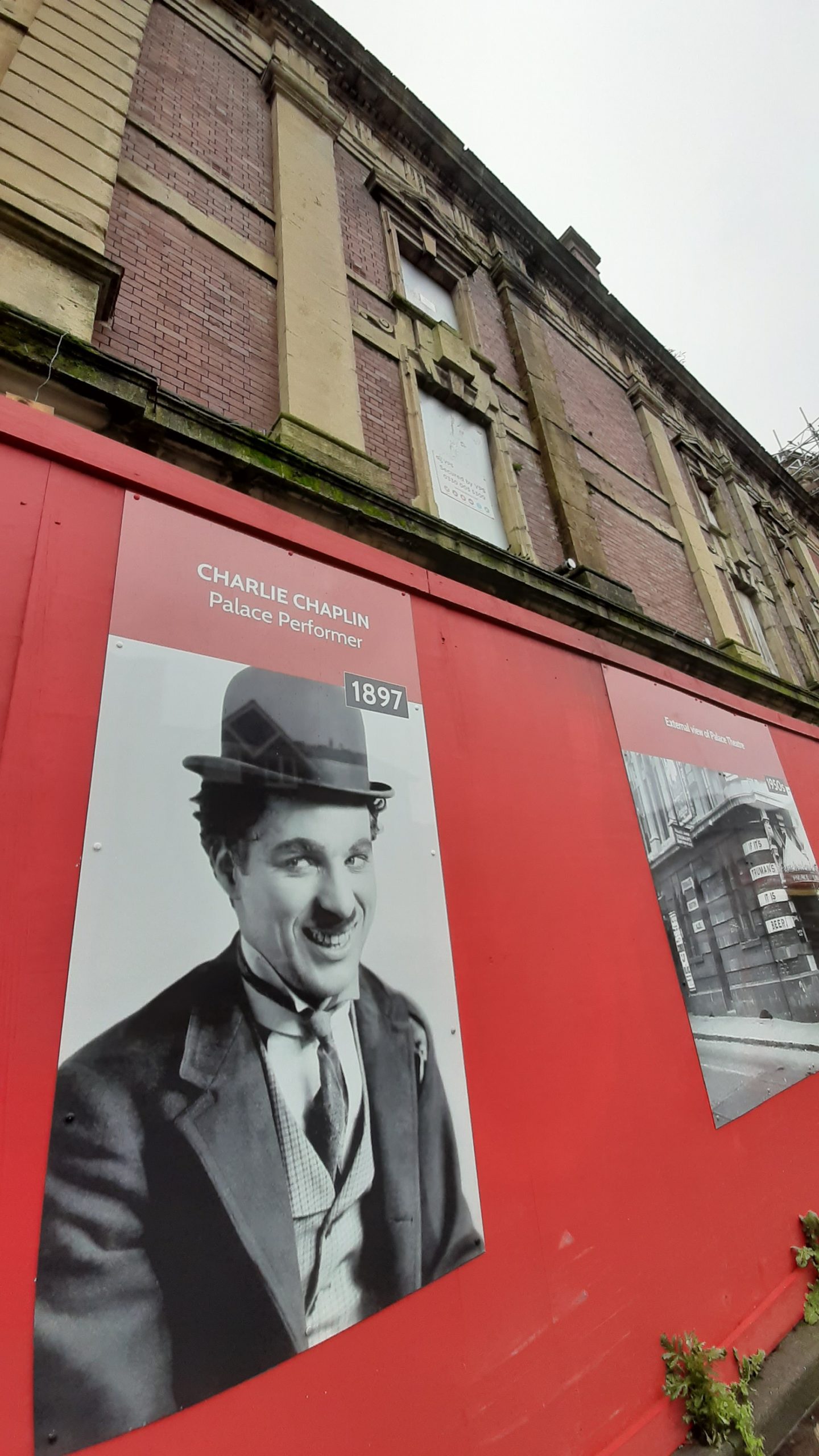 Safety hoardings outside the Palace, showing stars who appeared there in its time as a theatre.

Robert Francis-Davies, the council’s cabinet member for investment, regeneration and tourism, said: “Our partnership is exciting because it’ll be another opportunity to grow Swansea’s tech industry, tapping into the work being carried out by our two universities and existing businesses.

“Tramshed Tech already has links with the universities here and these will be strengthened when they have a base in Swansea.”

The Tramshed Tech operation at the Palace will serve as private sector-led incubation space for digital and tech businesses, to establish and accelerate their company growth.

One of Tramshed Tech’s key anticipated outcomes is that young fast-growing businesses will grow there and then expand to a point where they out-grow the Palace and look to move into larger accommodation such as 71-72 The Kingsway, planned for the former Oceana site. 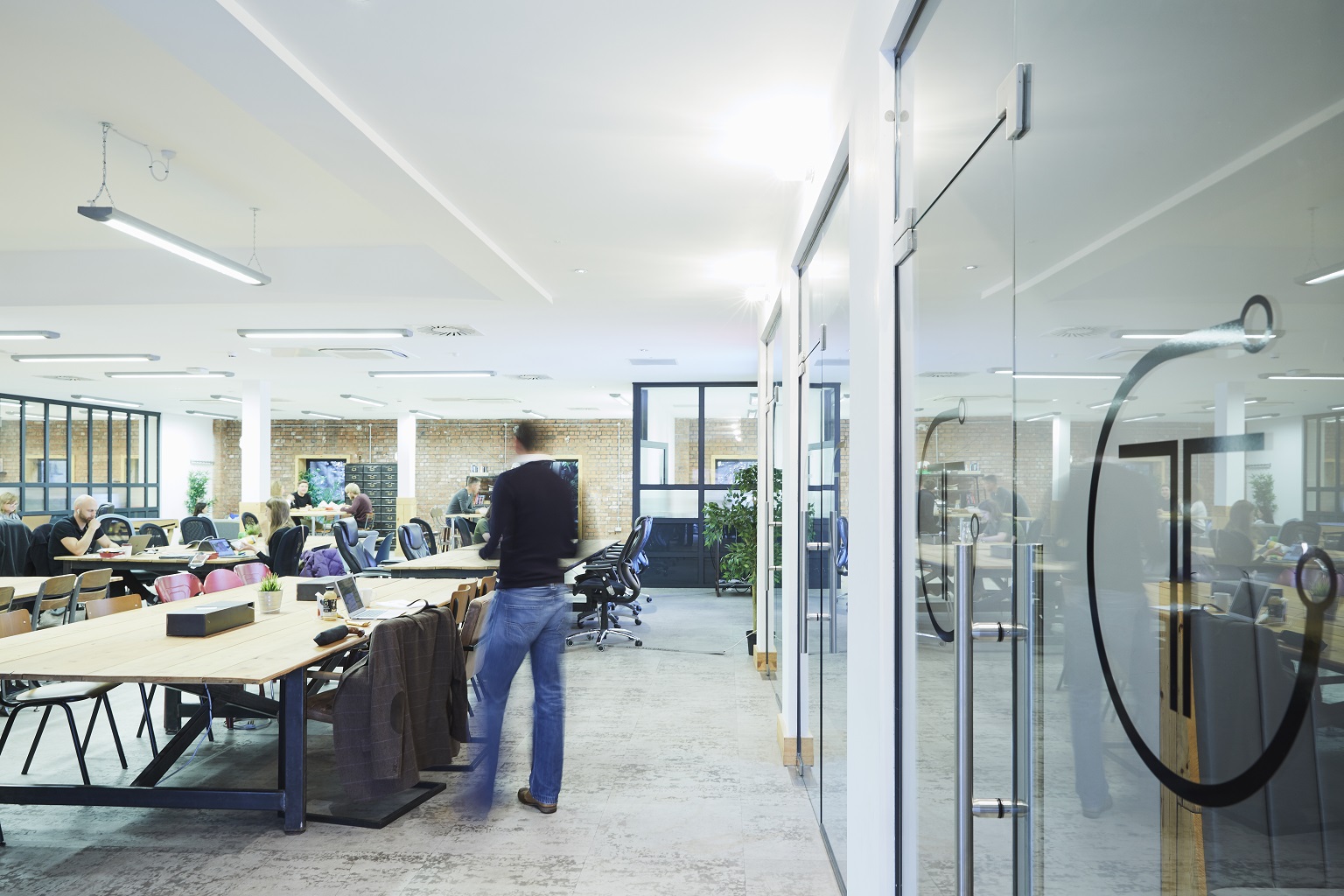 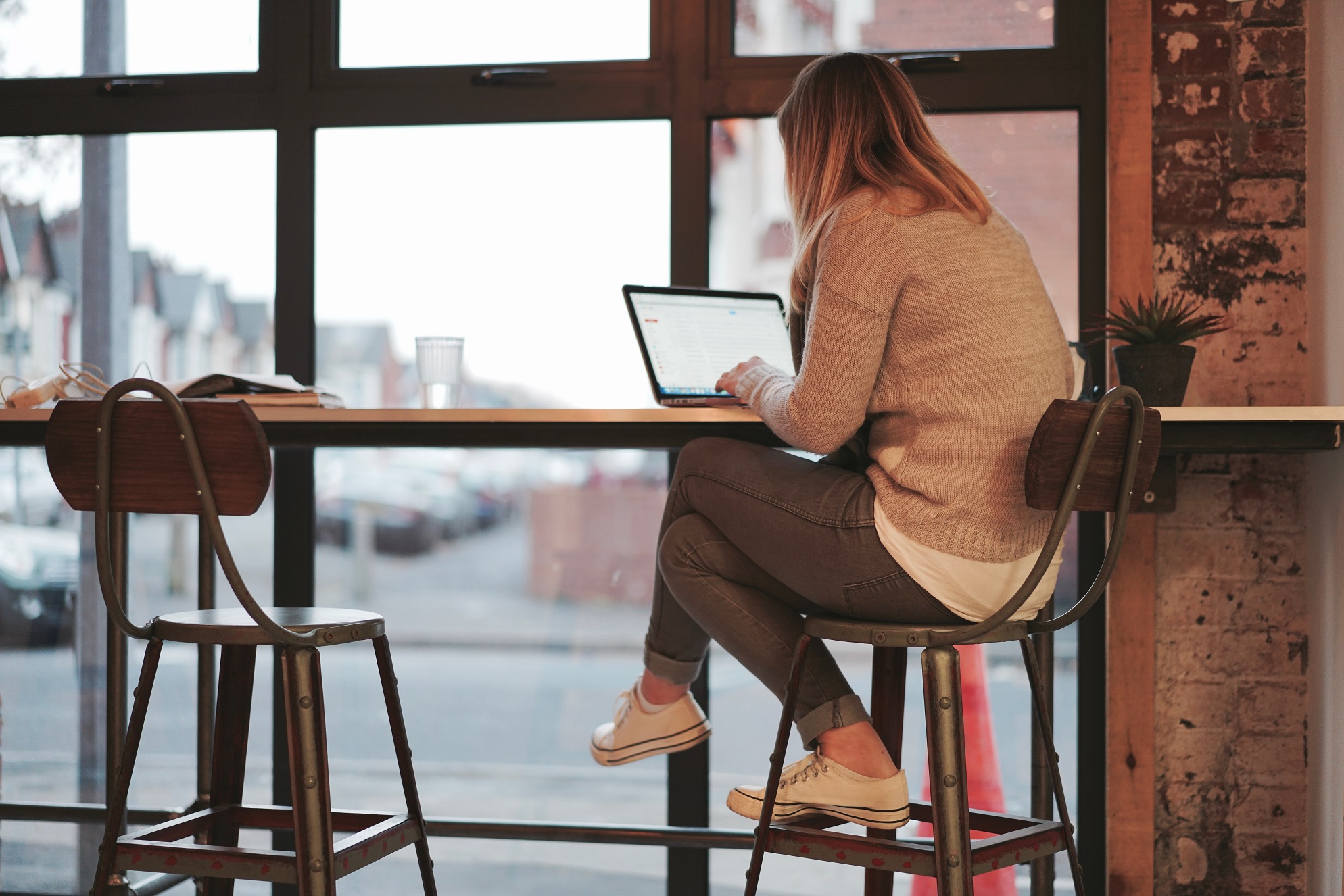 This will provide further grow-on space for scaling businesses – this has been the experience of Tramshed Tech in Cardiff, working extensively with the Welsh and UK Start-Up and Scale-Up community, to create support and investment opportunities for digital and tech businesses at every stage of their growth cycle.

The heads of terms agreement between council and business forms the basis for how the two organisations will work together to breathe new life into the Palace, which is about to be saved with a multi-million pound regeneration scheme.

This regeneration is being driven by the council, who acquired the building from private owners just over a year ago, when it was in a distressed state – a main contractor is now being sought to revamp and revitalise the building.

As an integral part of that re-birth process, the plan is for the building’s exterior to feature both the Tramshed Tech contemporary branding and a recreation of the Palace’s heritage signage.

On behalf of Swansea Council, GWP Architecture is leading the Palace project. 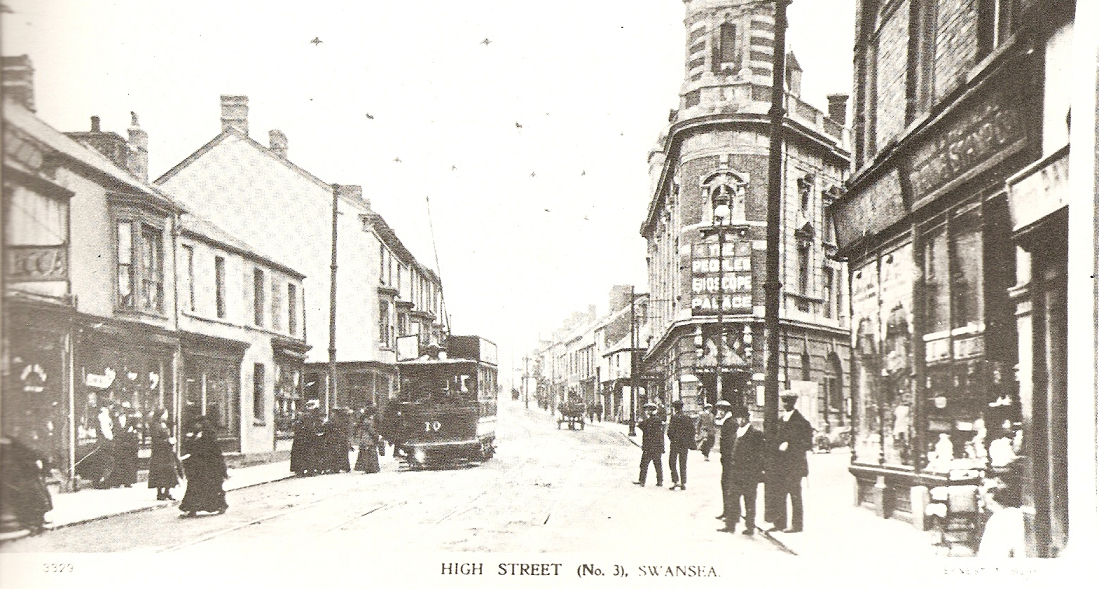 The Palace Theatre as it once was.