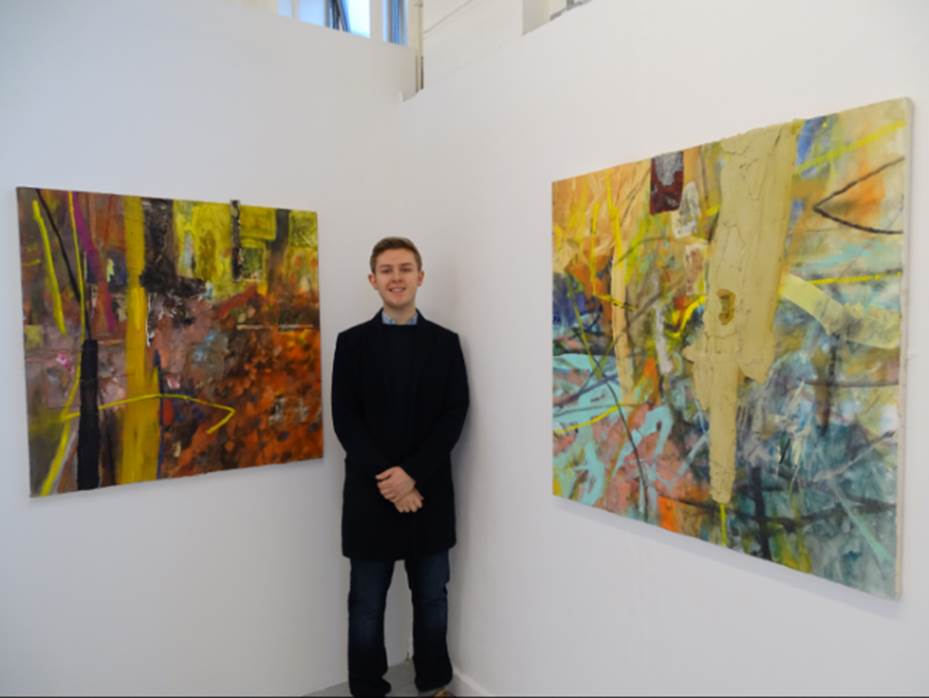 The annual award from the Josef Herman Foundation is given in memory of Carolyn Davies, who died in 2018. Carolyn was Chair and a Trustee of the Herman Foundation, and promoted the arts in the Swansea area. The arts were important to her, and she was always helpful in supporting graduates, and ensuring creative opportunities for them. Carolyn was an inspirational person, and promoted the arts whenever she had the opportunity to do so. Her key focus was creativity and the journey through the artistic process.

This award is open to Fine Art students graduating from Swansea College of Art, University of Wales Trinity Saint David, and is funded by the Josef Herman Foundation, along with David Morris (Carolyn’s husband).

Owain Sparnon, who studied his degree partly through the medium of Welsh, received £500 and will also have the opportunity to hold a solo exhibition of his work at the Welfare Hall in Ystradgynlais and/or give a talk or workshop explaining his ideas about his creative process. Due to the Coronavirus pandemic limitations, the opportunity will have to be postponed for the time being.

Owain, who comes from Neath, is delighted to win such a special award. “Winning the Josef Herman Foundation Art Award 2021 in memory of Carolyn Davies is a great privilege. I remember studying Josef Herman’s work at school and particularly liked his lithographic prints. The financial reward will be a great help to develop my artwork, and I am very excited by the opportunity for a solo exhibition as I have not exhibited my work individually before. I am very grateful to the Josef Herman Foundation for this special opportunity.”

“The artists who influence me change, depending on the work I create. At the moment I am inspired by Howard Hodgkin, Bram Bogart and Willem de Kooning.”

Owain’s current work is in response to things he sees on a daily basis. These can include photographs, landscapes, reflective light, the sounds, shapes and forms of everyday objects. He is interested in the idea of stratification, disclosure, intertwinement and changing the context of images, and the boundary between painting and sculpture. His paintings reveal memories, thoughts, secrets and experiences of his subconscious through colour, remnants, texture and the unknown.

Gwenllian Beynon is the Welsh Language Co-ordinator and senior lecturer at UWTSD’s Wales Institute of Science and Art, and is also a trustee with the Josef Herman Art Foundation. Gwenllian, along with the Josef Herman Foundation, co-ordinates an annual programme for schools to work with students and the Josef Herman archive, and Carolyn Davies was instrumental in this partnership. During the pandemic Gwenllian, in conjunction with university staff, has made this provision available online, and schools and individuals can enjoy this information at any time.

Speaking on behalf of the adjudication panel, Gwenllian said: “It is clear that Owain is a very active artist and the work presented to us in his portfolio and on his Instagram, was truly impressive. We were particularly interested to see that Owain had presented a series of pages from his sketchbooks in the portfolio. The use of sketchbooks is a very important element of the work of the Josef Herman Foundation in presenting his work to others, and sketchbooks and notebooks were very important to Josef Herman and to Carolyn Davies, in whose memory this award is presented.”

The panel received strong portfolios from Fine Art students graduating this year, which made the decision-making process challenging yet enjoyable.

Gwenllian said: “It was great to see students producing work of such high quality. We extend our congratulations to Owain for his portfolio, and for the work he has done for his end of year exhibition. We wish him and his peer group all the best for the next stage in their art journey.”

Professor Sue Williams, Fine Art programme manager at Swansea College of Art, said: “Every year we love presenting a range of opportunities and awards to our third year students, where they are recognised for their work and quality. It is a pleasure to announce that the Josef Herman Foundation Art Award has been awarded to one of the excellent students of 2021. We wish to congratulate Owain Sparnon on winning this year’s award. Throughout the last three years, Owain has shown passion, a questioning mind, and has shown complete dedication to his work. In addition to his main work, Owain surprises the viewer with key sources of research through his unique work in his sketchbooks. Owain has produced work of a tremendous standard.” 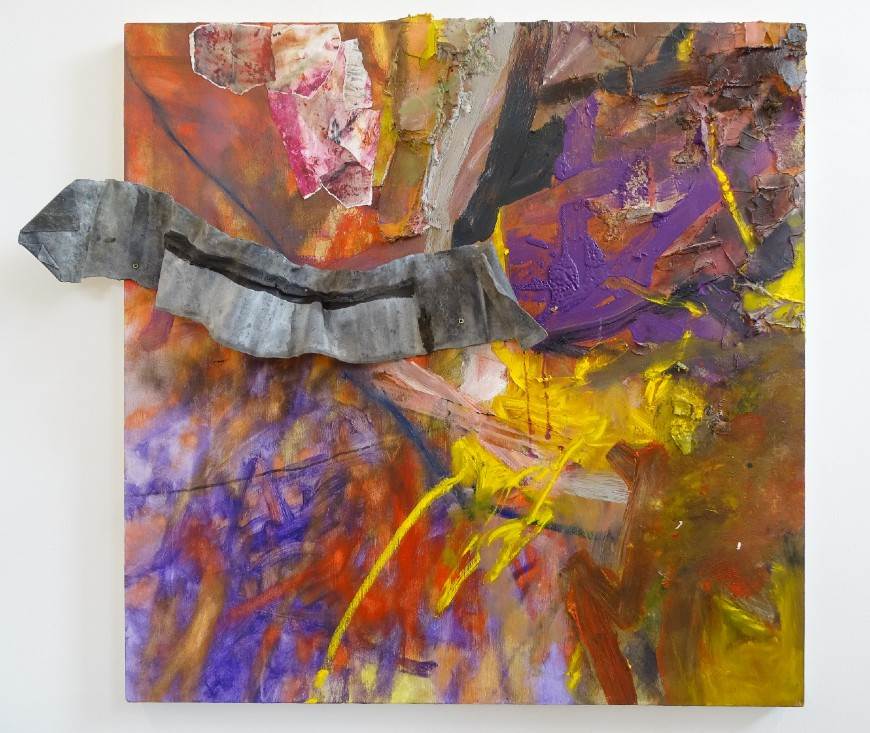