A £60 million marine energy project that will help tackle climate change while reviving Pembrokeshire’s economy in the wake of Covid-19 has been given the green light.

The UK Government and Welsh Government have now approved the business case for the Pembroke Dock Marine project, which is expected to generate £73.5 million a year to the Swansea Bay City Region’s economy.

Pembroke Dock Marine is led by the private sector, with support from Pembrokeshire County Council. The project is expected to generate more than 1,800 jobs in the next 15 years.

The project is made up of four elements: 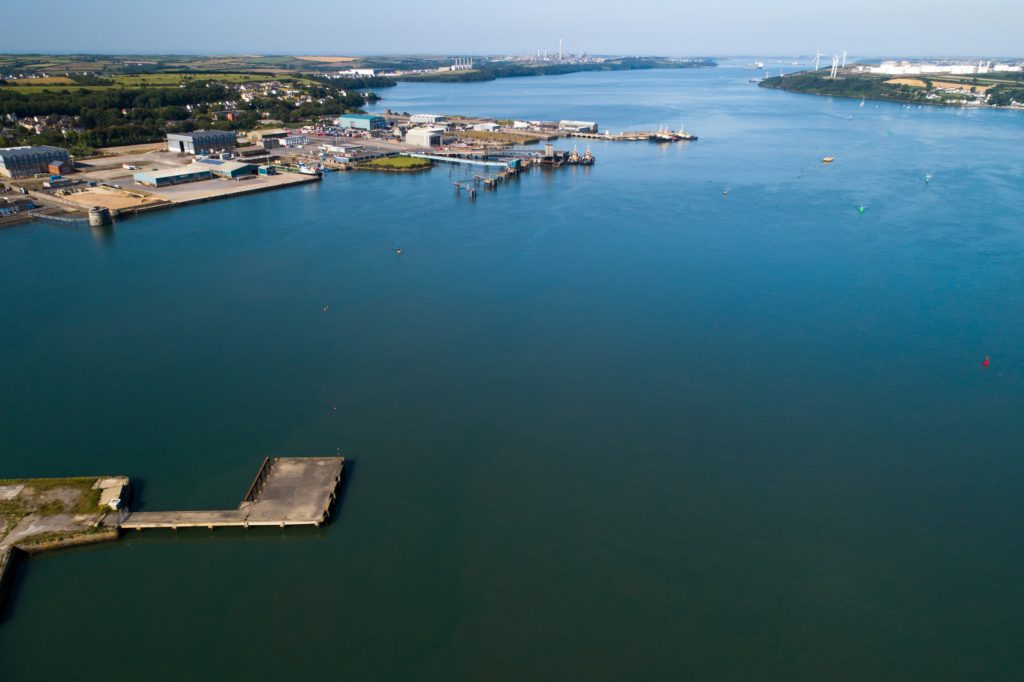 Cllr David Simpson, Leader of Pembrokeshire Council, said: “The impact of Covid-19 has further heightened the importance of Pembroke Dock Marine, so the project’s approval is very welcome news for Pembrokeshire’s residents and businesses.

“Worth £73.5 million a year, Pembroke Dock Marine will also make our economy more resilient in future by transforming Pembrokeshire and the City Region as a whole into a global example of best practice for zero carbon, marine energy innovation.

“With phase one of the Marine Energy Test Area having already opened last year, we now stand ready and wholly committed to accelerate working with our partners to deliver the project. This project will place Pembrokeshire and the City Region at the heart of a growing global industry, helping further raise the region’s profile as a place to do business and invest in.”

Andy Jones, Chief Executive of the Port of Milford Haven, said: “This is an exciting step – not just for Pembrokeshire and the region but also for our economy, our communities and our environment as we work towards net zero decarbonisation targets.

“As well as having application across other blue economy industries, Pembroke Dock Marine will create the right conditions to support the growth of the marine energy industry.

“Developers, who are already attracted by Pembrokeshire’s energy resources and high-skill supply chain, will benefit from Pembroke Dock Marine’s drive to maximise innovation and operational efficiencies as they seek to drive down the cost of marine energy. It will also act as a foundation project that will support the growth of new initiatives in the region.

Lee Waters, the Welsh Government’s Deputy Minister for Economy and Transport, said: “This announcement signals a significant step forward for the Swansea Bay City Deal. It also clearly demonstrates our commitment to the development of a Centre of Excellence for marine technology here in Wales.

“The coronavirus pandemic has had a huge impact on our economy and projects such as Pembroke Dock Marine will be key in returning us to the economic growth we were seeing before the virus.

“As a Welsh Government, we will continue to work with partners to deliver the City Deal for the benefit of the region and its people.”

David TC Davies, UK Government Minister for Wales, said: “As we look to bounce back economically from the coronavirus pandemic, the development of clean energy projects will help to drive a green and resilient economic recovery and create new jobs.

“Pembroke Dock Marine is an important development in the progress of the Swansea Bay City Deal which will enable the wider region to benefit from the financial investment and diversity of projects within the scheme, as well as from the opportunities a low-carbon economy will bring in future.”

Cllr Rob Stewart, Chairman of the Swansea Bay City Deal’s Joint Committee, said: “This is great news for Pembrokeshire, the region and our City Deal.

“More projects are expected to receive final approval soon, which will be hugely important in helping our economy to rebound following the coronavirus pandemic.”

Pembroke Dock Marine is the third Swansea Bay City Deal project to be approved, following on from the Swansea City and Waterfront Digital District, and the Canolfan S4C Yr Egin digital and creative hub at the University of Wales Trinity Saint David in Carmarthen.

The business case approval means Pembroke Dock Marine can now start accessing the £18 million of funding that the UK Government and Welsh Government have already released to the City Deal programme as a whole.

A further £18 million of City Deal programme funding will soon be secured once the City Region has met all recommendations arising from reviews into the City Deal, with detailed work on-going.

Pembroke Dock Marine is seeking £28 million from the City Deal programme in coming years, which will help leverage a further £32 million of public and private funding.