Gower Ambassadors Project to be showcased in North Wales 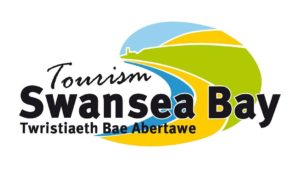 Tourism Swansea Bay took over management of the ‘Gower Ambassadors’ project in 2018. The Gower Ambassadors are trained community tourism ambassadors who are available to attend events, conferences, meet and greet tourists and volunteer to help preserve the landscape of Gower.

Since Tourism Swansea Bay took over the project the ambassadors have been requested at several high profile events such as The Gower Walking Festival and The Gower Show and have greeted coach loads of German Cruise Ship visitors at Rhossili.

A recent highlight of the project is that the Gower Ambassadors have been recruited and trained to take part in ‘sky quality readings’ later this year. Data recorded from these readings will be used as part of an official application being made by the Gower AONB team at Swansea Council to the International Dark Skies Association. If successful, Gower could be awarded a ‘Dark Sky Community Status’ and getting this status will help raise the profile of Gower as a stargazing destination and help to minimise light pollution on the peninsula.

An event “Tourism Ambassadors for Wales: Best Practice and Lessons Learnt” organised by the Next Tourism Generation Alliance, Cardiff Metropolitan University, is taking place on June 20th at the Imperial Hotel in Llandudno and Tourism Swansea Bay will talk about their work on the Gower Ambassadors project to tourism stakeholders from across wales as part of an effort for Snowdonia to learn from best practices in other ambassador areas. Gower Ambassadors will feature alongside Brecon, Wrexham and Denbighshire ambassador schemes and the event will be attended by Lord Dafydd Elis-Thomas AM, Deputy Minister for Culture, Sport and Tourism.

For more information about the Gower Ambassadors or to request a ‘pop up Tourist Information Centre’ run by ambassadors for your event or conference visit www.gowerambassadors.co.uk