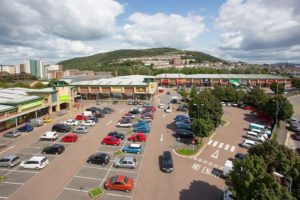 Lidl will move into Homebase in Parc Tawe when it closes – creating a massive new supermarket in the heart of Swansea.

The German discount supermarket chain already occupies a 10,000 square ft unit on a lease expiring in 2023, next door to Homebase in Swansea’s Parc Tawe North, which will officially close its doors on January 16.

The move will see it take on the entire 35,500 sq ft previously occupied by Homebase.

It will continue to trade from its existing unit until the enabling works and fit out have been completed, which is expected to be in the second quarter of 2019.

Homebase, which undertook a Company Voluntary Arrangement (CVA) in August, 2018, had asked for a 90% rent reduction if it stayed put.

Instead, Picton decided to serve notice to secure vacant possession of the unit.

At the same time, Picton negotiated the release of a restrictive covenant to allow extra food retailing at the site.

A spokesman for Picton said they would now focus on letting the 15,000 sq ft of space that became vacant following the insolvency of Poundworld in 2018 and, when vacated, the former Lidl unit.

Lidl UK’s regional head of property, Paul Hebblethwaite, said: “We are delighted to be relocating our store in Swansea, which marks another milestone in our ambitious expansion programme.

“I’d like to take this opportunity to thank the local community for their continued support, and very much look forward to opening the doors to our new store in the not too distant future.”

Chief Executive of Picton, Michael Morris, added: “By executing a bold strategy of securing vacant possession, releasing a restrictive covenant and working with one of our existing occupiers, we have been able to secure a high quality anchor for the largest unit on the park on a long lease.”

In August it was announced that 42 Homebase stores would be closed in an attempt to save the company.

It follows the sale of the business earlier that year by its former Australian owner Wesfarmers to Hilco, a retail turnaround specialist, for £1.