Garnant Park Golf Club and Egni Co-op have announced the installation of a 30kW solar panel system at the club. 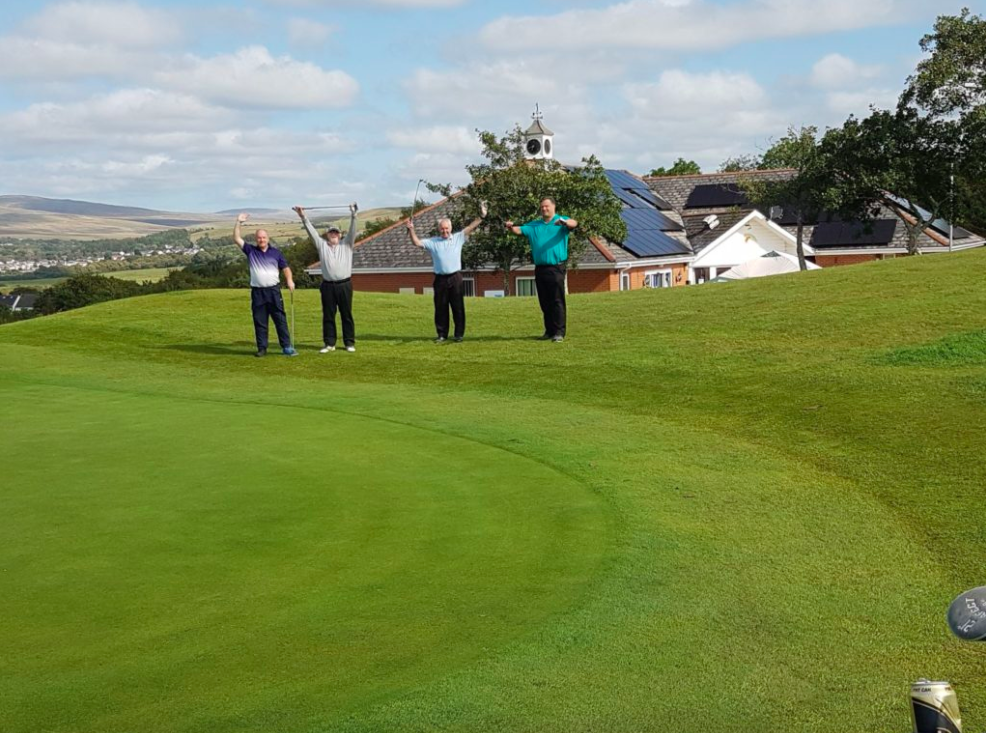 Garnant is a member-owned social enterprise – all surpluses are ploughed back into the running of the club and widening participation in the sport. It’s a venue for golf but also has a great restaurant and bar, and hosts other events such as wedding receptions. Shane Williams, Wales’ rugby legend is the club president and often plays the course! http://www.garnantgolfclub.co.uk

Dylan Jones, Club Secretary, said “We are so pleased with the panels. Our members see this as a positive step forward so the club can play its part in tackling climate change and reduce its electricity costs. We are a social enterprise so the solar panels contribute to our sustainability, both financially and environmentally.”

Dan McCallum, Egni co-director, said “We’re delighted to support the golf club and recently to sponsor their Captain’s Day. The club do such a great job getting people of all generations into the fresh air to play golf – my dad is one of them! Garnant is a key community hub and local asset. It now embodies the energy transition – the course used to the site of an opencast coal mine, but is now part of the energy future with solar panels.

It’s a stunning location with views on the Brecon Beacons. Our installers, Urban Solar, did a really good job fitting the panels in difficult circumstances during Covid lockdown. The graph below shows the panels have so far generated over 24 MWhWh of clean electricity since they were commissioned in March – enough to supply the annual needs of about 8 houses and saving over 6,000 kg of CO2 emissions.” 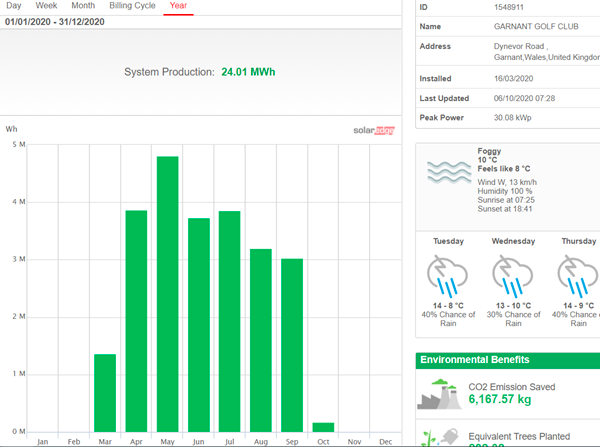 Councillor Kevin Madge added “I’m a keen supporter of the golf club and renewable energy so it’s wonderful them both combined at my local course!”

Egni Co-op is a community organisation which funds and manages PV installations in Wales. It was set up by Awel Aman Tawe (AAT), a community energy charity which has been operating for 20 years. Our prime drivers are tackling climate change and engaging people in energy.

Egni has now installed more than 3,000 kW of rooftop solar on schools, businesses and community buildings across Wales. Here’s a recent film made by double BAFTA Cymru winner, Mike Harrison about the largest rooftop solar project in Wales on the Geraint Thomas National Velodrome in Newport https://youtu.be/ZC80dcRmla0 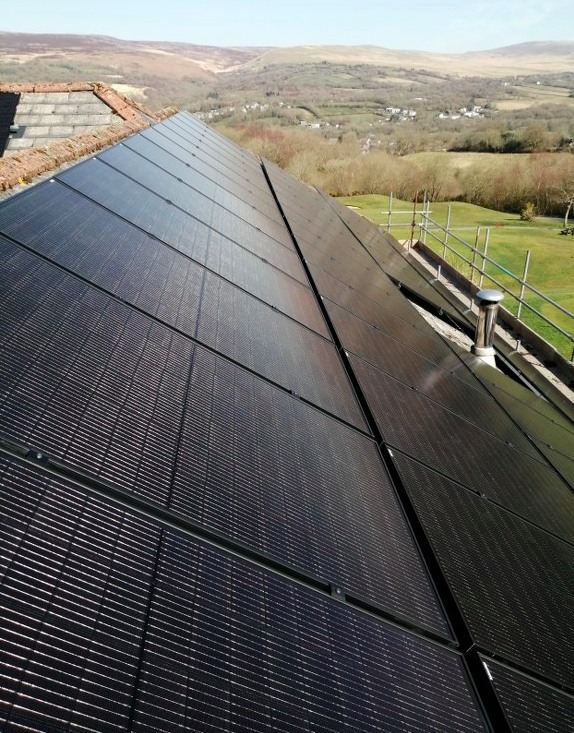 Urban Solar are one of Wales’ leading solar and electric vehicle chargepoint installers. They have installed rooftop-mounted solar across hundreds of individual sites, including houses, schools, libraries, industrial buildings, universities and supermarkets https://urbansolar.org.uk