A key regeneration project developed by Awel Aman Tawe (AAT) in Cwmgors in the Swansea Valley, has received a huge funding boost this week. National Lottery have awarded £400,000 to ‘Hwb y Gors’ – this is the name for the redevelopment of the former primary school in the village. 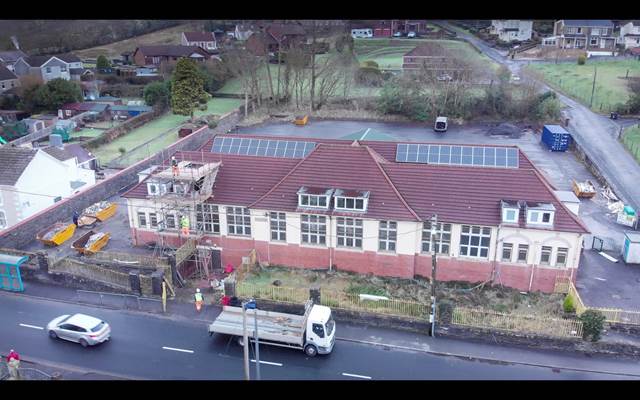 Hwb y Gors will create a thriving low carbon enterprise centre. It will contain office accommodation, artists’ studios, education and community facilities. The centre will be a base for sustainable projects that support local people, organisations and businesses to flourish.

30kW of rooftop solar has already been installed and heat will be provided via a ground source heat pump.

Mary Ann Brocklesby, Chair of Trustees said “We are delighted by this news. It’s important that the former primary school is retained as a community asset”.

Sonia Reynolds, County Councillor for Cwmgors said “The building has been derelict for a few years now so it’s great that it’s going to be redeveloped with community use at its heart.”

Jeremy Miles, Senedd Member for Neath said “Hwb y Gors has got real momentum now. The Welsh Government has already awarded £250k to the project so I’m really pleased that that this has helped lever further support from the Lottery.” 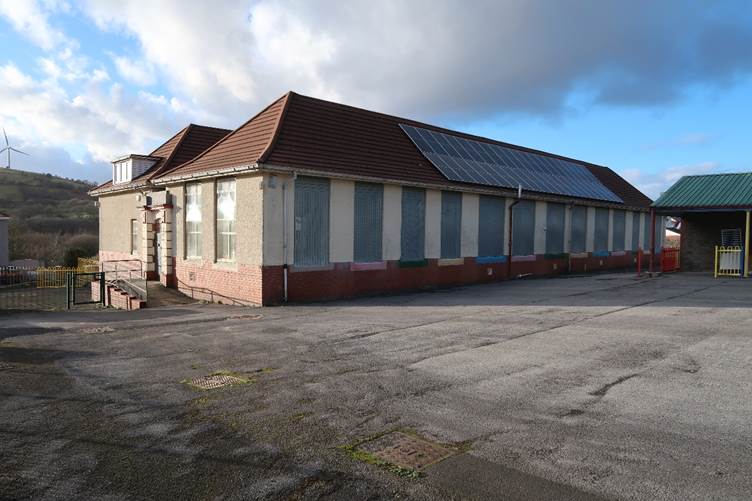 Some examples of what will happen inside the building are:

Awel Aman Tawe (AAT) is a community energy charity which has been operating for 20 years. Our prime drivers are tackling climate change, job creation and engaging people in energy. We’ve set up two co-ops, Awel and Egni which have over 1500 members including 75 schools and community organisations such as Merched y Wawr, Friends of Pontardawe Arts Centre and local regeneration charities such as Canolfan Maerdy, Black Mountain Centre and the Cwmllynfell Millenium Hall.

Egni has now raised £3.5m so far from a community share offer. We also secured a £2.12m loan from the Development Bank of Wales to fund the installs which are ongoing. This is the biggest rollout of rooftop solar in Welsh history www.egni.coop

Egni has installed more than 4MWp on 83 sites in Wales which:

The Awel Aman Tawe team have also delivered the award-winning Awel Co-op, a 4.7MW community wind farm which was commissioned in Jan 2017. It was funded by a £5.25m loan from Triodos Bank and a £3m community share offer www.awel.coop.