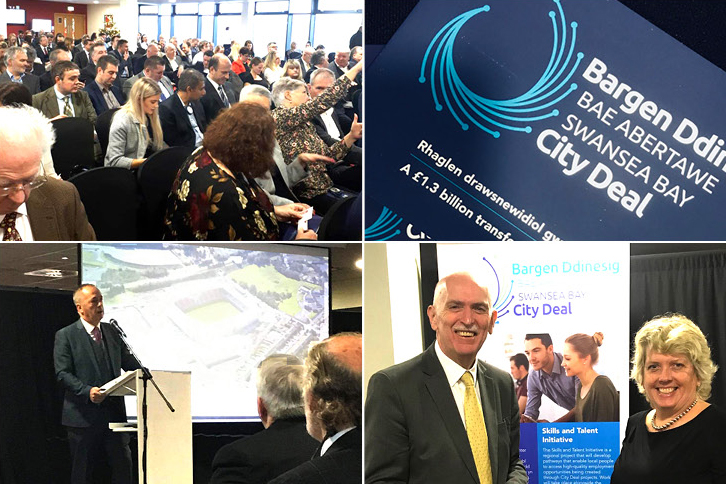 Businesses assembled at Parc Y Scarlets yesterday for a City Deal update from the region’s four Councils.  On the same day, news came from the office of Ken Skates, Assembly Minister for Economy & Transport, that City Deal is now going to be subject to a “rapid independent review”.

The review is ostensibly to reassure partners (and investors) about matters of due diligence and governance, in the light of last week’s suspension of senior University staff over concerns about their involvement in Llanelli Wellness Village – one of City Deal’s flagship projects.

These concerns may relate to the appointment of Sterling Health as the private sector partner in the deal.  Carmarthenshire Council and the two health boards have subsequently put this project on hold while they undertake further scrutiny, to obtain reassurance that the due legal process has been followed and public funds have been fully protected. 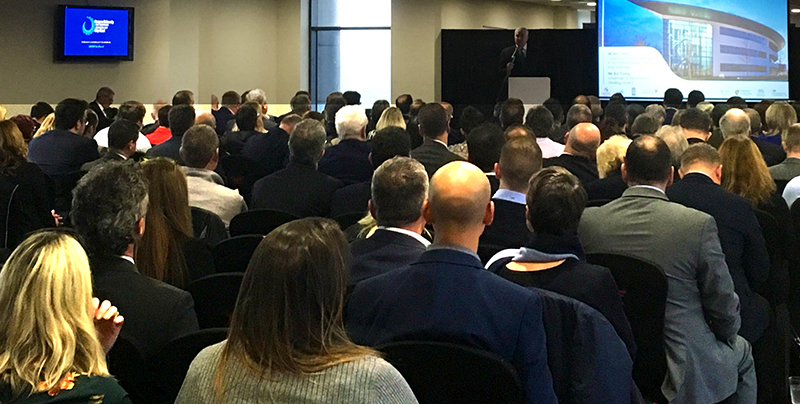 But these developments were not on the agenda at the City Deal launch in Llanelli.   Instead, leaders from all four local authorities stood up to give a brief overview of some of their respective projects, and it was a polite session, with only one mildly challenging questioner on the topic of procurement.

In the 18 months since the deal was approved by UK government, much work has been going on behind the scenes to agree the necessary joint governance structures among the public sector partners – the four local authorities, the two health boards and the two universities.

The Joint Committee was officially established this summer, along with the Economic Strategy Board, which gives individuals from the private sector a voice at the top of City Deal.  With these structures in place, we’re told we can now expect to see the 11 City Deal projects moving forward.

There’s a sense of frustration among City Deal leaders and business people alike, to be still talking about the projects rather than reporting on concrete advancements.

The trouble is, far from being received automatically at an anticipated rate of £15m per year, not a penny of City Deal funding will actually be received from government until the first project business cases are approved at all levels – regionally, by Welsh Government, and by UK Government.

Expectations that the first three business cases would be approved this month have been dashed by the recent Llanelli Wellness Village revelations, which will at the very least delay the approval of business cases while the government’s ‘rapid independent review’ takes place.

Meanwhile, Councillor Rob Stewart, Leader of Swansea Council and City Deal, announced a series of co-production workshops in 2019, to ensure businesses and communities can play a part in shaping the projects.  To register your interest in being part of these collaborative sessions, contact 4theRegion here.

4theRegion is also launching a questionnaire for businesses in the regional supply chain to have their say on procurement, which has emerged as a primary concern and was the topic of much discussion at this week’s City Deal launch.

All four councils have re-affirmed their commitment to regional sourcing, to ensure at least 80% of all City Deal investments are spent in the local area.

However, the recent appointment of Tier 1 contractors from further afield, including Buckingham Group (recently announced as the main contractor for the Swansea Central phase one scheme), has sparked discontent among some local firms and highlighted the need to take action on this issue before more projects are progressed.