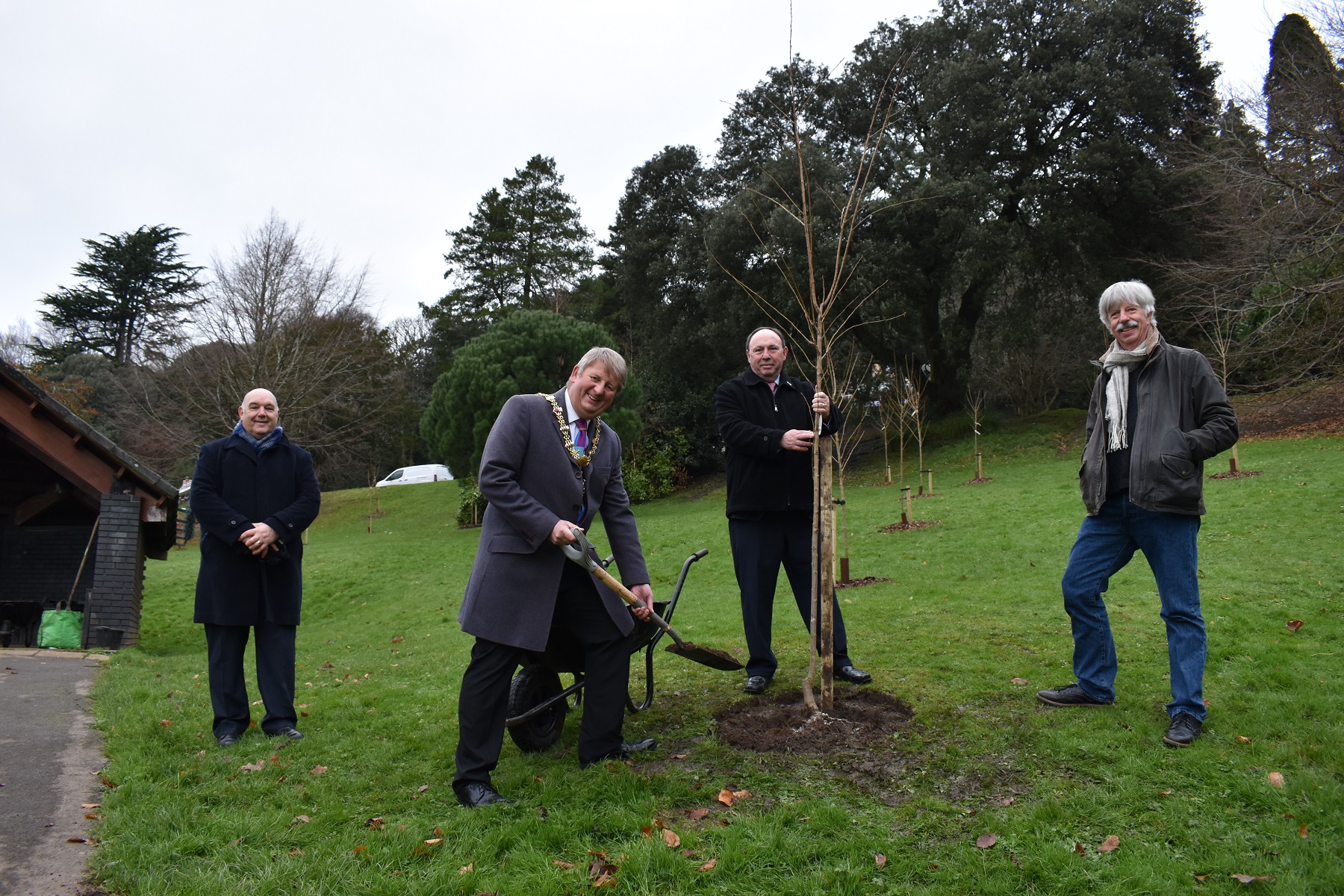 They are gifts to the city from a project linked with the 2019-20 Japan-UK Seasons of Culture which is being celebrated here and in the Land of the Rising Sun.

The trees will be particularly attractive when they blossom each spring.

Ceremonies were held at each park to celebrate the initiative. Both took place safely and in line with government guidelines.

Mark Child, Lord Mayor of Swansea, said: “Swansea is a green city and it’s getting greener. The beautiful new cherry blossoms emphasise that.

“We thank those who run and support the Sakura Cherry Tree Project for their exceptional gift; these trees will provide many years of enjoyment for this and future generations.

“The trees will bloom well into the 22nd century and will offer a legacy of friendship between the UK and Japan.”

Mark Thomas, the council’s cabinet member for environment enhancement and infrastructure management, “Our city’s £1bn regeneration programme involves exciting new buildings and also a determination to increase the number of trees and the area’s biodiversity.

“We want to fight climate change – and richer biodiversity such as that encouraged by the cherry trees will play a big part.”

In Japan, businesses are funding the Sakura Cherry Tree Project through the Japan-British Society. Cherry blossom (sakura) is the national flower of Japan.

In the UK, the roll-out of the project is being coordinated by the Japan Matsuri charity.

Keisaku Sandy Sano, Founder and Joint Chairman of the Sakura Cherry Tree Project Team, said: “The response we have had from all across Wales, has been amazing.

“It is testament to the strong relationship between our countries, and we hope the trees will be a lasting tribute to that. Many Japanese corporations have decided to, through the Japan-British Society, generously donate to this project.

“I am deeply grateful for all the efforts and support given by people and corporations both in Japan and UK to this project.”

Keith Dunn, OBE, Honorary Consul for Japan in Wales, said: “Wales and Japan have a strong relationship developed over more than 100 years. At the heart of the relationship is a desire for mutual understanding and to learn from each other’s way of life, culture and history.

“These trees are a strong symbol of our friendship that can be supported and enjoyed by future generations and I hope these plantings, particularly at this current time, will be embraced by our communities for the future.”

The Sakura Cherry Tree Project’s mission is to create a legacy for future generations. It is planting cherry trees in parks and public spaces across the UK. 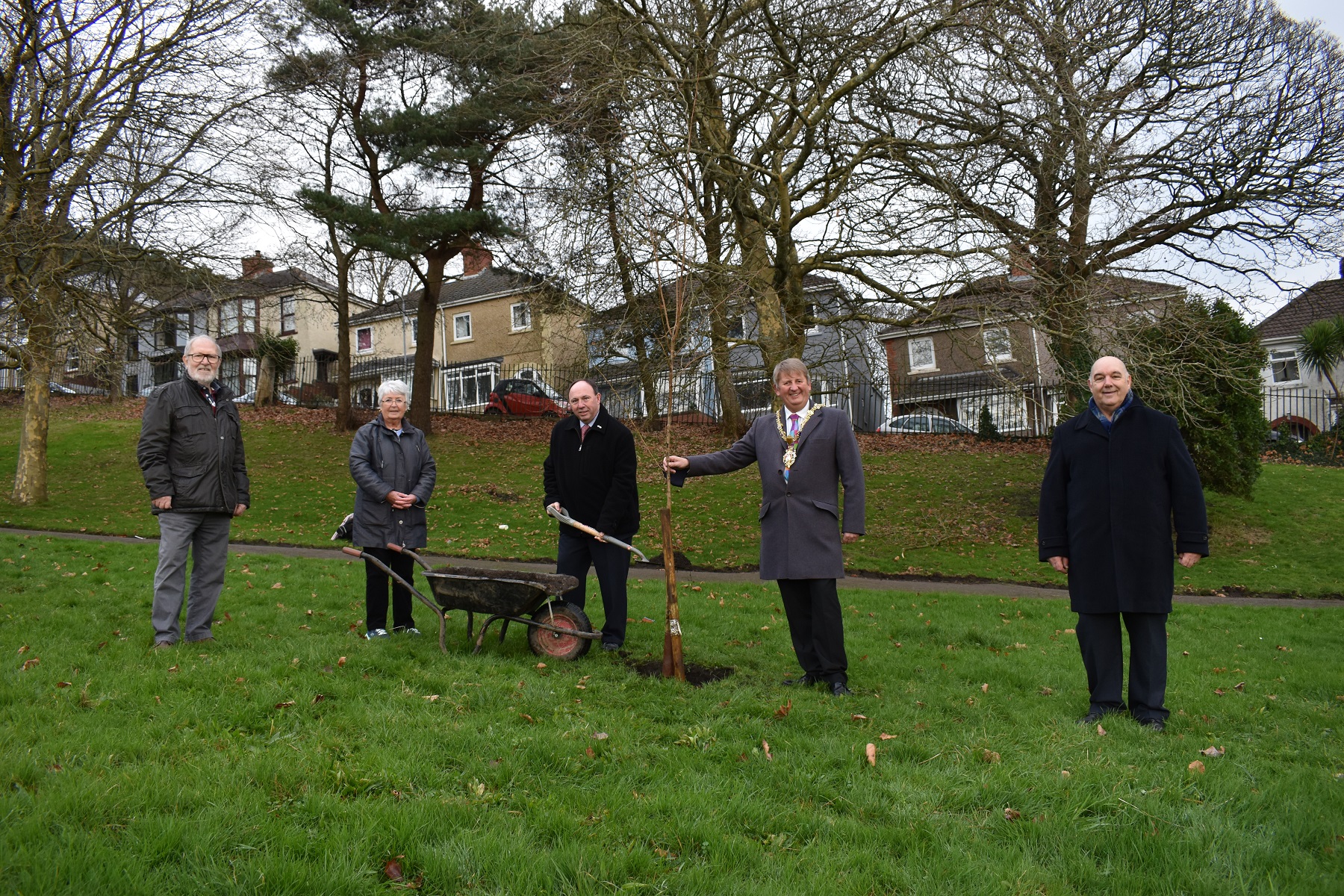 First Minister Mark Drakeford joined Yasumasa Nagamine, Japan’s Ambassador to the UK, at the St Fagans National Museum of History on December 4 for the first formal planting in Wales of the 1,000 cherry trees gifted to public parks and schools across Wales.

The Sakura Cherry Trees will be distributed to more than 65 schools and colleges across Wales and to the cities of Cardiff, Bangor, St Asaph, Swansea and Newport.

Ambassador Mr Nagamine said: “We hope that people all over Wales will join with us in embracing this chance to deepen mutual understanding, thus helping to create an enduring legacy.

“Yet the Sakura Cherry Tree Project will not just represent the lasting impact of the Japan-UK Season of Culture but will be a wider celebration of the cordial ties between Japan, the UK and Wales.

“Just like our relationship, these trees will grow stronger as they mature and, each year when they blossom, I hope they bring joy to people across Wales and remind them of the deep friendship between our two nations and peoples.”