Boris Johnson is today urged to give the go-ahead for Swansea Bay Tidal Lagoon, a pioneering green energy project that will create thousands of jobs and power Britain’s recovery from COVID. 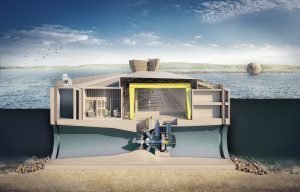 With just eight days to go until planning consent for the £1.3bn project expires, developers called on the Prime Minister to step in and overrule Whitehall officials who are preventing work starting on site.

Swansea Bay Tidal Lagoon CEO Mark Shorrock told BBC Radio 4 Today Programme this morning:  “We are asking the Prime Minister, who expressed support for the lagoon when he was running for the Tory leadership, to recognise that this exactly the kind of project the country needs.

“He’s said he wants to see Swansea get going. He’s said Britain’s recovery is all about jobs, apprenticeships and long term investment and we have this wonderful project that’s on the cusp of being able to break ground at the end of the week with our global alliance partners.

“We can turn the tide on economic downturn with tidal. We hope the Prime Minister can get behind us.”

The Swansea Bay pilot is one of the UK’s most important renewable energy projects. But the Department of Business, Energy and Industrial Strategy (BEIS), has so far refused to sign off a decommissioning plan (for the year 2145) that its own officials approved in March and which is the last remaining permit the project requires to start work on site and preserve planning permission. Mr Shorrock told the BBC: “We’re ready to start work but the clock is ticking. This is the week when as the developer we hand the project over to a grand alliance of some of the biggest names in British engineering and manufacturing for them to break ground.

“But we require the simple formality of our decommissioning plan. At the moment we don’t have that critical piece of paper from Whitehall. Without it we’re not allowed to start onsite.”

Mr Shorrock plans to hand over the keys of the project to the delivery alliance that includes engineering and construction giants Costain, Atkins, GE and Keltbray. These firms delivered several of Britain’s most important infrastructure projects in recent years including Thames Barrier, Heathrow T5, the 2012 Olympics and Crossrail. For Swansea Bay they have linked up with world leading delivery experts IPD and SMEC and equity partners InfraRed Capital Partners and the Prudential.

Swansea Bay can deliver power more cheaply than nuclear and, with the right funding structure in place, is priced very competitively with offshore wind. Capital costs have been significantly cut since the project was controversially turned down by the Theresa May government in 2018.

Mr Shorrock said: “We can deliver jobs, apprenticeships and regional development as well as fighting climate change. We’ll be spending 84p in the £ here in the UK. We’ve always been an important project but I think now with COVID and economic green bounce back needed we are a critical one. This is the full meaning of value for money.”

Mr Shorrock pointed out that the 2017 review conducted by former energy minister Charles Hendry gave tidal a resounding vote of confidence. Mr Hendry said in his conclusions: “Tidal lagoons have the potential to provide a lifeline to many companies and industries facing significant challenges. Their potential scale offers continuity of employment and more importantly the creation of new high-skilled jobs in the UK. Moving ahead with a pathfinder lagoon is, a no-regrets policy.’

The project is a pathfinder for a world leading innovative new British industry. Swansea supports 2,200 jobs. Expansion to a second project at Cardiff would mean a further 11,000 jobs, a fleet of four Welsh tidal lagoons leads to 33,500 positions and six tidal lagoons across the UK would mean employment for 71,000.

A nationwide supply chain will boost struggling coastal towns and traditional industrial heartlands from Merseyside to Yorkshire, Teesside to Humberside, from the Midlands to Essex, strongly supporting the levelling up agenda. UKplc stands to benefit from £800million-plus of manufacturing orders this year.

In trying to kill Swansea, BEIS officials are ignoring major shifts since 2018 in public opinion and policy in relation to climate change, a General Election won on promises of infrastructure investment and jobs and, most recently, promises of investment in a ‘green recovery’ following the coronavirus crisis.

At the same time, the Government has prioritised vastly more expensive nuclear energy projects such as Hinkley Point and Sizewell C, promoted by energy firms from China and France, over a £1.3bn project where 84% of the project spend will take place in the UK. It has ignored independent advice and modelling which shows that over the 125-year lifetime of a tidal lagoon compares favourably with nuclear and other forms of renewable energy.

Earlier this month the UK hit a record for the longest period without coal since the industrial revolution. Commenting on this, Mr Shorrock said: “We were able to reach zero coal because of the courage and vision of politicians who backed offshore wind, when sceptics said it was too expensive and wouldn’t contribute enough capacity. Today, wind accounts for a fifth of our total energy needs at prices that are affordable. We invested in long-term energy security and lower carbon emissions and it has paid off, creating an important onshore industry with hundreds of suppliers, supporting thousands of jobs.”