Swansea Council has signed an agreement with Pobl Group, Wales’ largest Registered Social Landlord, to manage 33 affordable apartments as part of Phase One of the Copr Bay regeneration project. 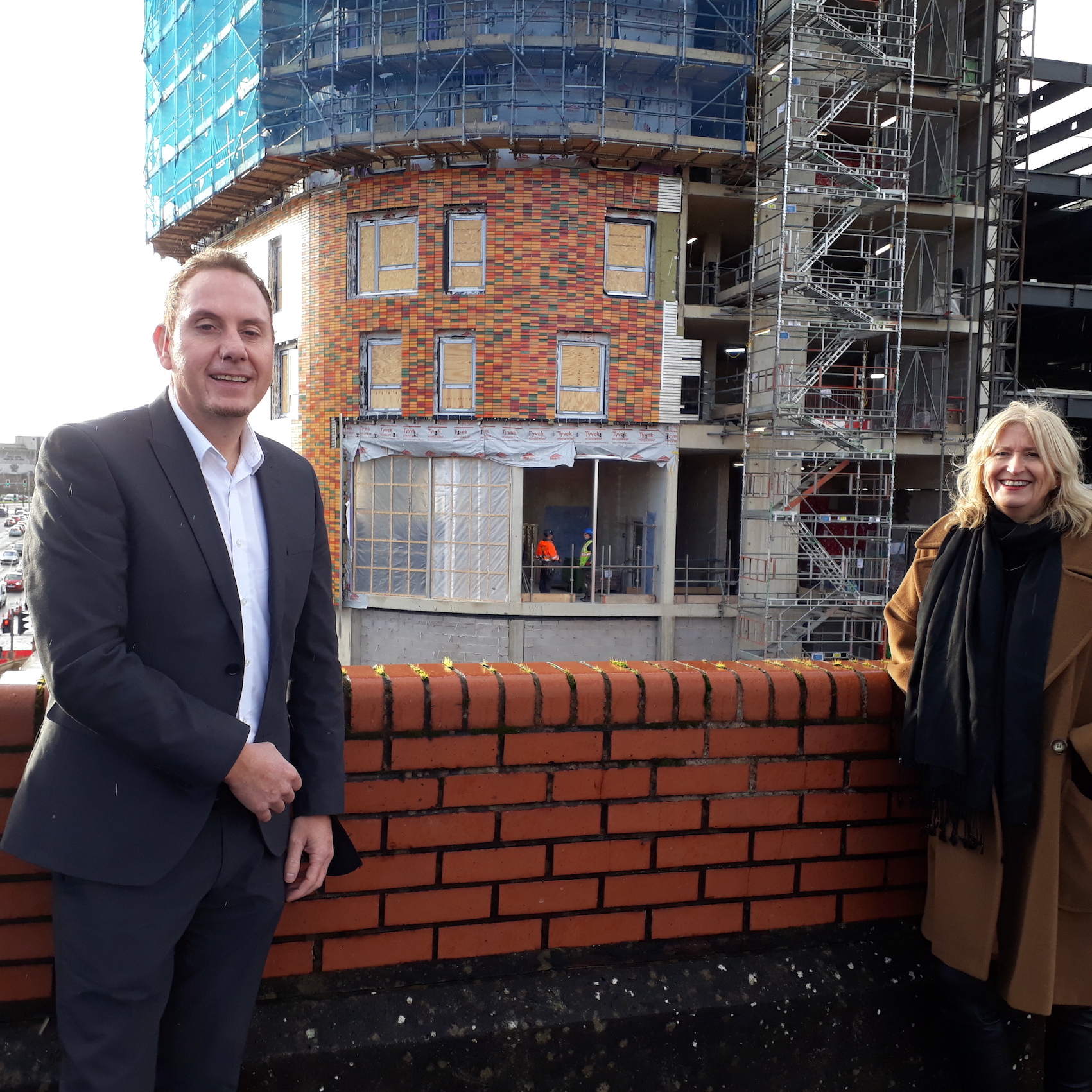 The £135 million mixed-use scheme is one of several imaginative developments within an ambitious £1 billion city-wide programme, making it one of the largest urban transformations currently underway in Europe.

Rob Stewart, Leader of Swansea Council, commented: “When complete, the combined regeneration projects across Swansea will collectively generate a boost of an additional £128m for the local economy.

“Copr Bay Phase One will create more than 2,000 new jobs during construction and from opening. We expect at least 70 per cent of these to be filled by local people.”

Robert Francis-Davies, Cabinet Member for Investment, Regeneration and Tourism, added: “This scheme is helping us realise our ambitious plans for jobs, economic benefit, and homes within an appealing and sustainable environment.”

Pobl is a not-for-profit organisation that has over 15,000 homes under its management across Wales. The group currently has 36 developments ongoing with the construction of 1,234 homes in progress.

In Swansea, Pobl’s development of 52 apartments in Orchard House is scheduled for completion in March, while it is anticipated that the innovative Biophilic Living scheme, which will see 50 apartments built on the site of the old Woolworth store, will get underway in the spring. Work is about to commence on a collaborative project with Coastal Housing to develop a new community of 144 zero carbon homes to the west of the city. 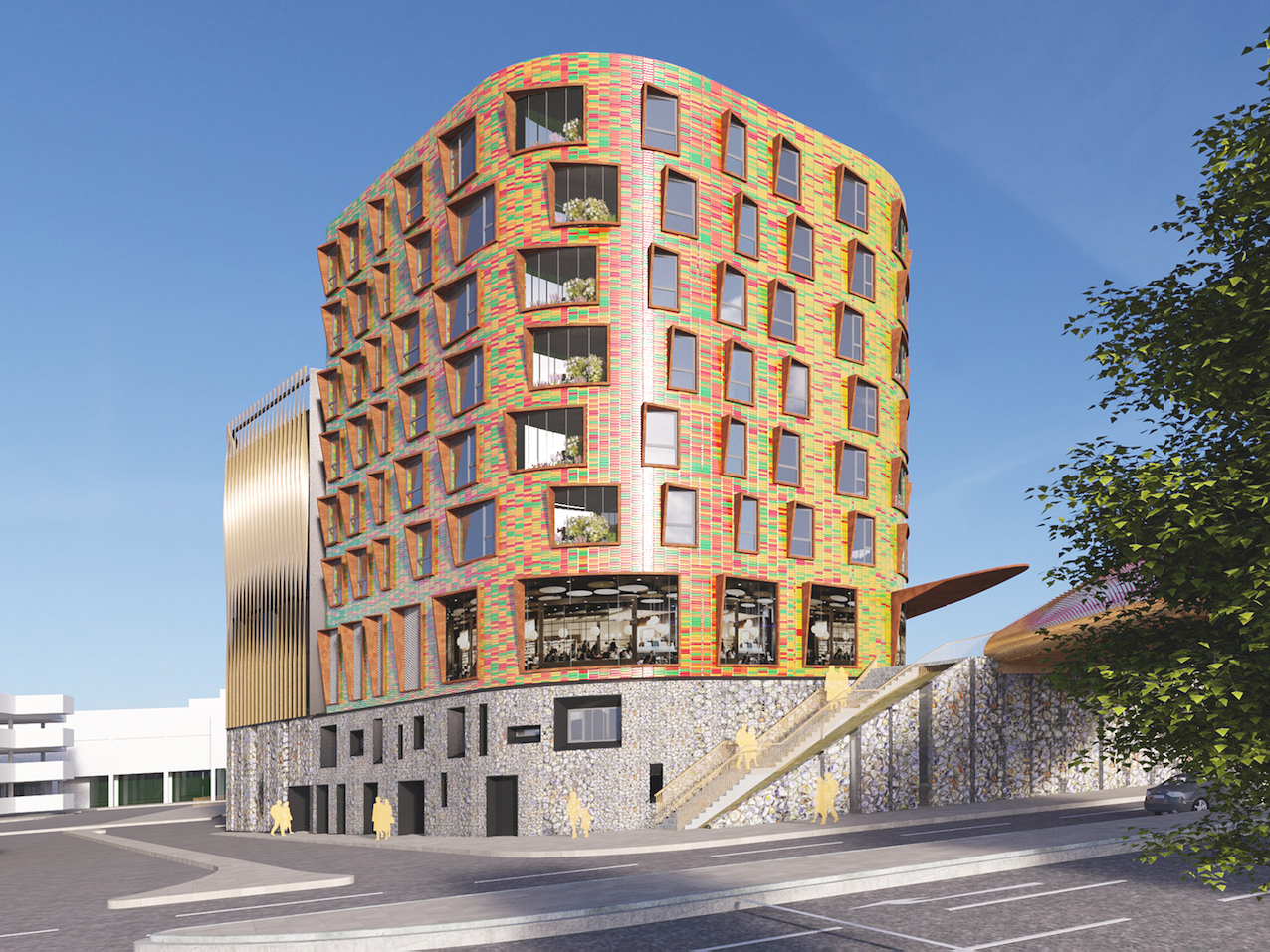 How the Copr Bay Phase One apartment block will look

All the apartments in Copr Bay Phase One will be affordable homes, targeted at those working in Swansea city centre, particularly key workers. Funded by Pobl Group and the Welsh Government, the homes will consist of 13 one-bed apartments for up to two people, and 20 two-bedroom apartments for up to three people. Copr Bay Phase One is being funded by Swansea Council, and is centred around a 3,500-capacity live performance arena and conference centre which is part-funded by the Swansea Bay City Deal, a £1.3 billion investment fund set-up for major transformation projects in this region of South Wales. The arena will be operated by the global leader in live theatre, The Ambassador Theatre Group (ATG).

Copr Bay, the newly revealed permanent name for the development previously called ‘Swansea Central’, uses the Welsh spelling for copper to herald the city’s world-leading contribution during the industrial revolution, and celebrates its world-famous coastline. It will bring together culture, entertainment and leisure, and links the city centre to the marina and the expansive sandy beach via a new statement bridge for pedestrians and cyclists, combining improved permeability with iconic design.

As well as the coastal park and bridge, the scheme includes a 3,500-capacity live performance arena and conference centre, a hotel with up to 150-rooms, further restaurants, spacious public realm and the new homes. The scheme is being delivered by Swansea Council working with development manager RivingtonHark, one of the leading city and town centre real estate transformation specialists. 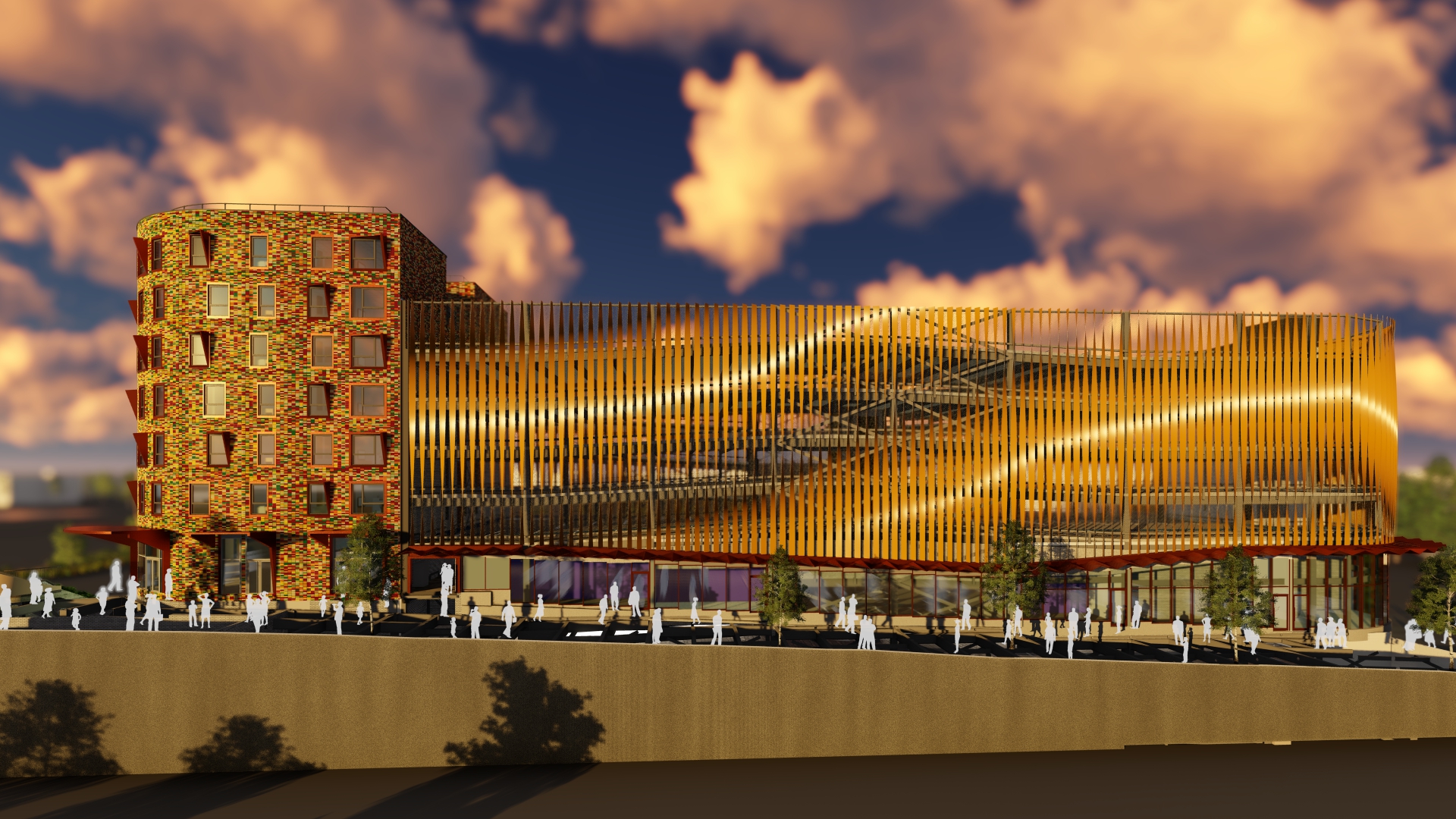 How the Copr Bay Phase One apartment block will look

Amanda Davies, Group Chief Executive of Pobl Group, said: “The Copr Bay development is an important addition to the city. It is within the city centre’s Castle ward that has a strong need for more affordable housing and emphasises the Council’s commitment to address the accommodation needs of the region. The new homes are in a great location, close to the new coastal park, and will provide much needed quality accommodation for the local community.”

Swansea Council aims to double the city’s green infrastructure over the next ten years, including a ‘green artery’ that will connect Swansea Station to the beach and the marina through planting and soft interventions, including Copr Bay’s 1.1-acre coastal park. The scheme adheres to the Well-Being of Future Generations Act. This law, unique to Wales, requires public bodies to consider the long-term impact of decisions to reduce poverty, health inequalities and climate change. This underpins Swansea Council’s goal to be a net carbon zero organisation by 2030, and an ambitious vision for the city to be net carbon zero by 2050, a target that was agreed by the council’s cabinet in November 2020.

The new coastal park is the first park to be built in the city since the Victorian age and will provide attractive green spaces plus facilities for outdoor events. It will extend the green artery in the city, creating a home for local wildlife and a place for local residents to relax. Plans are in-hand for Wi-Fi across the scheme, including throughout the coastal park, making it ideal for the growing trend of remote working.