AB Glass, a specialist in the technology and installation of glass and aluminium products and access control solutions, has created seven new jobs and unveiled a key promotion within its business as it gears up to manage a post lockdown boom in new work and projects. 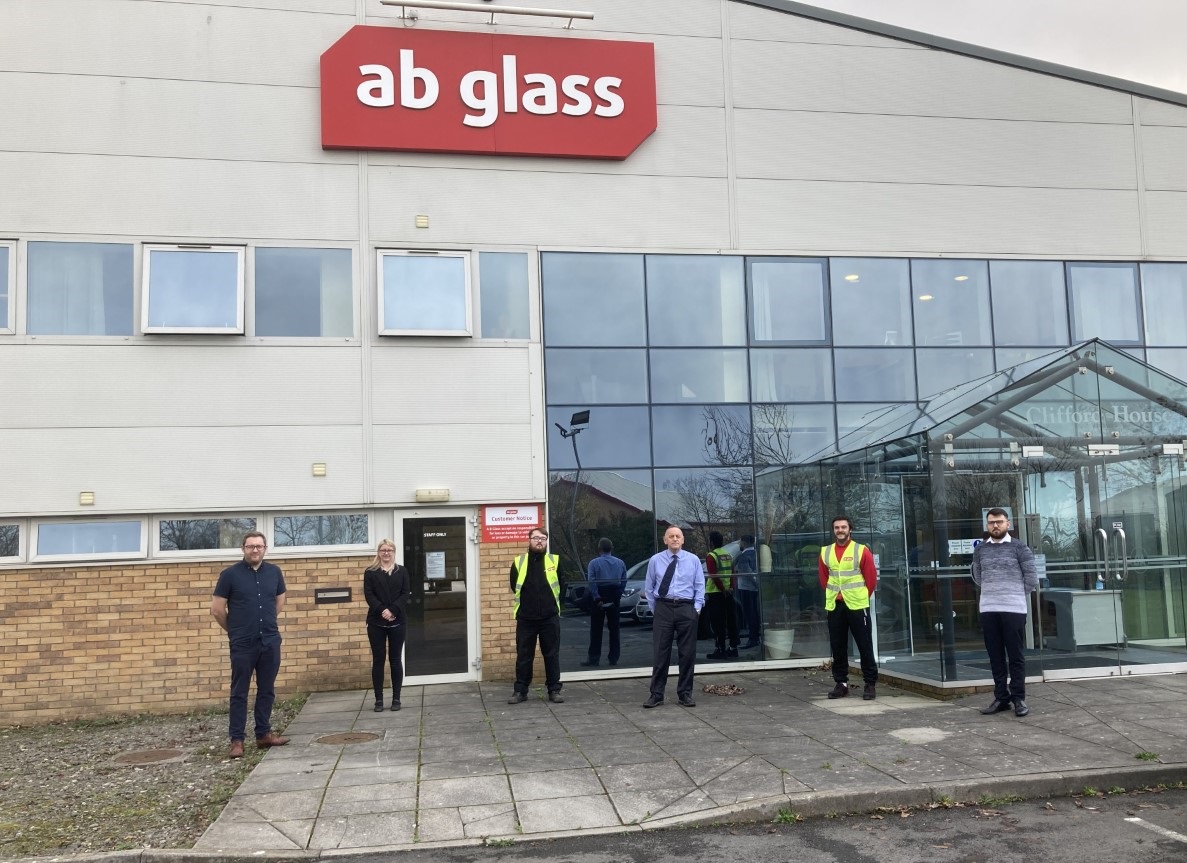 The Swansea-based company, which works with blue chip clients across the UK, has hired three fabricators, an accounts administrator, a contract administrator, a trainee estimator and a façade designer as it bolsters its team on the back of an increased pipeline of work, while also investing in a new generation of talent.

Meanwhile, Lisa Walker, who has worked in AB Glass’s accounts department for four years, has formally taken the reins from long-standing Finance Director, Sharron Newton, who has retired.

Three new fabricators have joined the business. Matthew Hughes has joined from another aluminium fabricator in South Wales bringing a wealth of experience with him. He will be working alongside AB Glass’s experienced manufacturing team producing high quality curtain walling, door and window systems.

Nathan Howells and George Evans join the business as trainee fabricators. Nathan has a background in manufacturing and will now train in the manufacture and installation of curtain walling, door and window systems. AB Glass will support George to complete his Manufacturing NVQ as he also learns new systems and gains new skills at the company.

The other hires include: Jemma Morris who joins the business as a contract administrator having been made redundant from a previous job during lockdown; Liam Hoskins, who joins as a trainee estimator and relocates to Swansea having worked for a residential fabricator based in England; and Jonathan Roach, who joins as an accounts administrator, filling the role vacated by Lisa Walker.

Finally, Ayush Verma joins the business as a façade designer. Ayush joins the business having worked for almost three years as a design engineer at a large company in India and having completed an MSc in façade engineering in UWE Bristol.

Alan Brayley, Managing Director of AB Glass, said: “We are delighted to be able to share such positive news around new jobs and growth in the company after such a period of uncertainty for the economy and the world in general. Welcoming seven such talented and motivated individuals into the business gives the whole company a lift as we gear up for a very busy period and a very big pipeline moving into 2021.

“I am also delighted to welcome Lisa into a much more senior role within the company. We are indebted to Sharron for her years of service and steering the business through many challenges and rapid growth. We are confident that Lisa will pick up where she left off and will become an invaluable member of the senior management team.”