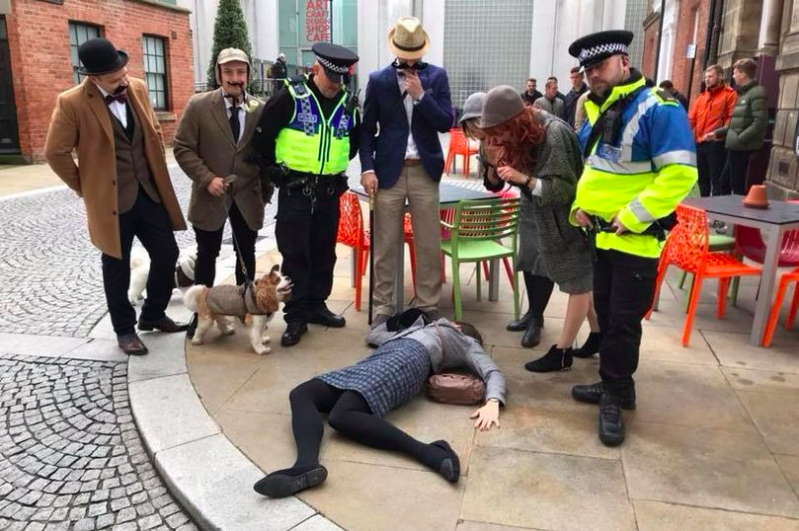 You can play a real life game of Cluedo in Swansea next year.
Sneaky Finders is taking place in the city centre on Saturday, March 23 from 10am and it costs £36 to enter a team.
Run by CluedUpp, the event is their latest virtual detective adventure and perhaps their toughest yet.
The company’s website says the mystery is set in 1921 in the bustling industrial town of Millingham, near Swansea, which has awoke on a misty morning to find one of its most feared residents has been poisoned.
“As the smoke lifts the rumours spread across town as to what could have happened and who could be responsible,” it says in their website.
“Rest assured this isn’t going to be straightforward. With money, crime and power come enemies from all walks of life, but who would be daring enough to do this?
“Special branch need assistance with solving this crime and you have been seconded from the murder squad. As the complicated investigation continues, a list of suspects and witnesses emerge and it’s going to take your specialist skills to help catch the culprit!”
Children under 16 play for free and do not count within team numbers.
In order to play Sneaky Finders you will need…
A team of detectives (at least two but up to six players per team)Access to a smartphoneA great team name1920s-inspired fancy dress (dressing up is optional)
Depending on how good a detective team you are, the event will last anywhere between one and four hours – but the average squad of detectives take around two hours and 20 minutes to solve the crime.
Trophies will be given-out for fastest team, best team fancy dress, best team picture, best team name, best little detective (kids’ prize) and best K-9 detective (dogs’ prize).
You can buy tickets here.
WalesOnline