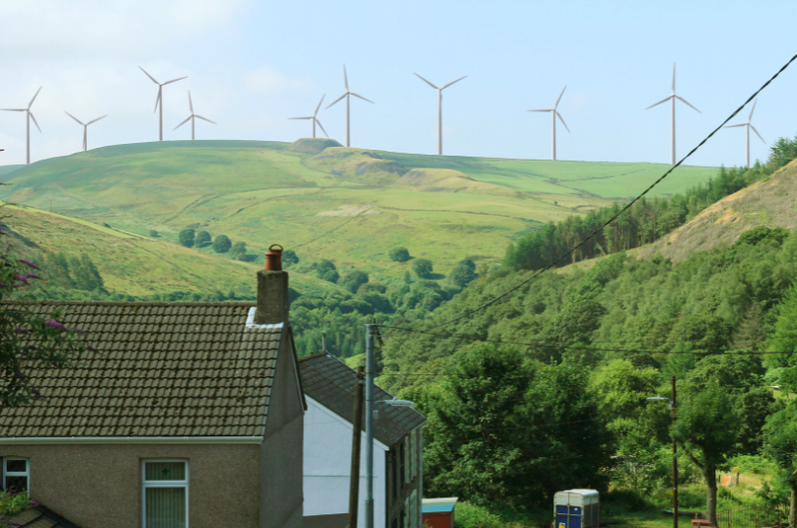 A new wind farm in Neath Port Talbot has been granted planning permission.

The development between the Afan and Llynfi Valleys will see 11 wind turbines installed, with a maximum blade height of 145m.

Similar plans for the Foel Trawsnant site in Bryn – around 2km from Maesteg – gained planning approval in 2017 but were then amended, leading to the latest application which sees a reduction in the number of turbines from 13 to 11 but an increase in the maximum tip height of turbines from 120m to 145m.

The renewable energy development company Pennant Walters Ltd submitted the plans for the wind farm, which is designed to operate for 25 years – after which time, a condition is imposed to ensure the land is fully restored to its original condition.

The electrical output of the proposed wind farm is anticipated to be up to a maximum of 33MW, able to supply the equivalent of the domestic electricity needs of around 20,000 homes.

The site lies within the Foel Trawsnant Special Landscape Area.

Planning officers said they did not consider the number of turbines to be overbearing on residential visual amenity and that mitigation measures could be put in place to switch turbines off when they might cast shadows onto neighbouring properties.

The majority of the land is currently used for grazing livestock – a use which officers said could continue after the wind farm was built.

Councillors at the Neath Port Talbot Council planning committee on Tuesday, September 24, unanimously approved the plans subject to conditions which includes a community fund being agreed, expected to be up to £165,000 a year.